Word of the Day: suit 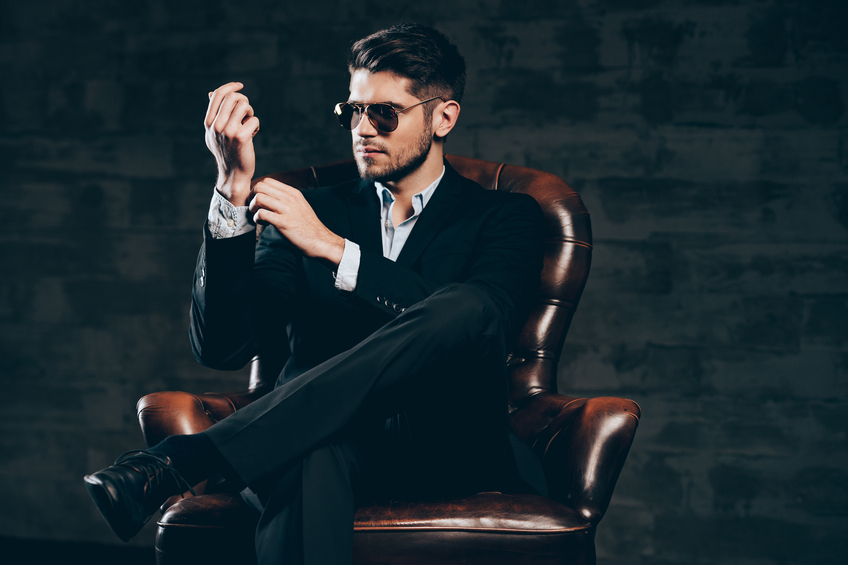 A man wearing a suit

Suit can refer to clothing; it is a set of garments for either a man or a woman, usually in the same color and fabric, consisting of pants or a skirt, a jacket, and sometimes a vest. It is also any other set of clothing or armor meant to be used together. A suit is also an outfit used for a particular activity, like running or bathing, for example (in this case, it is often used as a suffix). When it does not refer to clothing, a suit is a legal prosecution, also called a lawsuit. It is also one of the classes into which playing cards are divided. As a verb, to suit means ‘to look good on someone or with something,’ ‘to be appropriate,’ or ‘to meet the requirements of something.’

suit up: to put on a special suit or outfit. Example: “The forensics team suited up before entering the crime scene.”

follow suit: do the same as someone else. “Once one car had driven around the road closed sign, all the other cars behind followed suit.”

suit yourself: do what you like. Example: “I think that’s a stupid idea, but suit yourself; go ahead and do it, if you want.”

A zoot suit or zuit suit is a type of suit worn by men in the early 1940s and later popularized by jazz musicians. The suits are bright, with a long coat with padded shoulders and wide lapels (a lapel is the part of a coat that folds over near the neck). The suits had watch-chains and were often worn with matching hats. They were considered unpatriotic during World War II, because of the amount of cloth they used, and actually caused a riot in 1943 in California. Men in zoot suits were often the target of racially motivated attacks throughout the ’40s. In 1981, a musical film called Zoot Suit came out, based on the story of a murder trial and the 1943 riots. You can watch the trailer (and get a look at the suits) here:

Suit is also a rather old-fashioned term for wooing someone (normally a man wooing a woman). Example: “Jane Eyre rejected St. John Rivers’ suit, because she was still in love with Mr. Rochester.”

Suit dates back to the late 13th century. The noun was written as suite, sute, suite, suete or even seute in Middle English. It meant ‘a band of followers,’ and ‘the set of matching garments or uniform’ worn by them, as well as ‘a set of the same kind or a match,’ ‘pursuit or chase,’ and also, in law, ‘the obligation to attend court.’ It came into English through the Anglo-French suit or siwete, which in turn came from the Old French suite or siuete (pursuit or hunt, as well as assembly’). It has its roots in the Latin verb sequi, which means ‘to follow.’ Most of the other meanings of the noun appeared in the 14th and 15th centuries, while the verb senses date back to the 15th and 16th centuries, and come from the noun.

See full definition
Learn more about suit in our forums

Suit in other languages