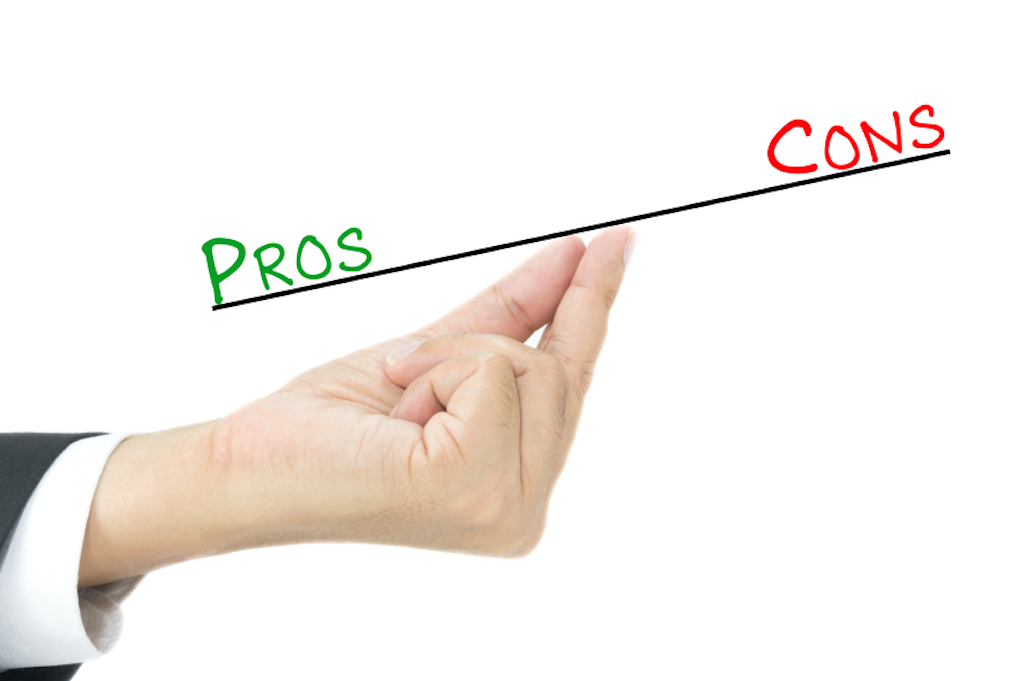 As a verb, con means ‘to trick or deceive’ or ‘to persuade by deception.’ As an adjective, con describes someone or something that is dishonest and deceitful. As a noun, a con is a lie or a trick. In slang, a con is a criminal who is in prison. A con can also be a reason not to do something and, as an adjective, it can describe the position of being against something.

pros and cons: the reasons for and against something. Example: “Sheila weighed the pros and cons of quitting her job.”

con trick: a trick or tactic designed to con somebody. Example: “Calling old people on the phone and pretending to be their grandchild is a common con trick.”

con artist (or, con man, con woman): a person who makes a habit of conning others. Example: “Don’t listen to anything Fred says; he’s a con artist.”

ex-con: someone who was formerly in prison for committing a crime. Example: “Many states allow ex-cons to vote in elections.”

Dirty Rotten Scoundrels is a 1988 movie about two con artists, played by Steve Martin and Michael Caine. You can watch the trailer here:

As a verb, con can also mean ‘to study something’ or ‘to learn something by heart.’ Example: “The actor spent the afternoon conning his lines.”

The oldest meaning of con is actually the one related to studying and learning, which dates back to before the year 1000, as the Old English verb cunnian (to know), which became the Middle English cunnen (‘to study, get to know or carefully examine something,’ as well as ‘to try and seek to do something’ or ‘to make an attempt’). It can be traced back to the Proto-Germanic kunnjanan (to be mentally able or to have learned), from the Proto-Indo-European root gno– (to know). In English, it evolved into the word can (which lost the studying and knowing senses), and is also related to the words know, notion, narrate, and many more, as well as words related to knowing and knowledge in many other languages. As a noun and adjective meaning ‘a negation’ or ‘a reason not to do something,’ con dates back to the late 16th century, and is a short form of the preposition and adverb contra (against, on the opposite side, on the contrary or counterwise), which came into English in the mid-14th century directly from the Latin contrā, formed by joining the Old Latin com- (together) and the comparative suffix –ter. Con, as a slang term meaning convict, dates back to the early 18th century. Finally, con, as an adjective meaning ‘dishonest or deceitful,’ dates back to the late 19th century, and was first used in con man, a shortened form of confidence man (mid-19th century). The verb dates back to around the same time, and comes from the adjective, as does the noun.

See full definition
Learn more about con in our forums

Con in other languages