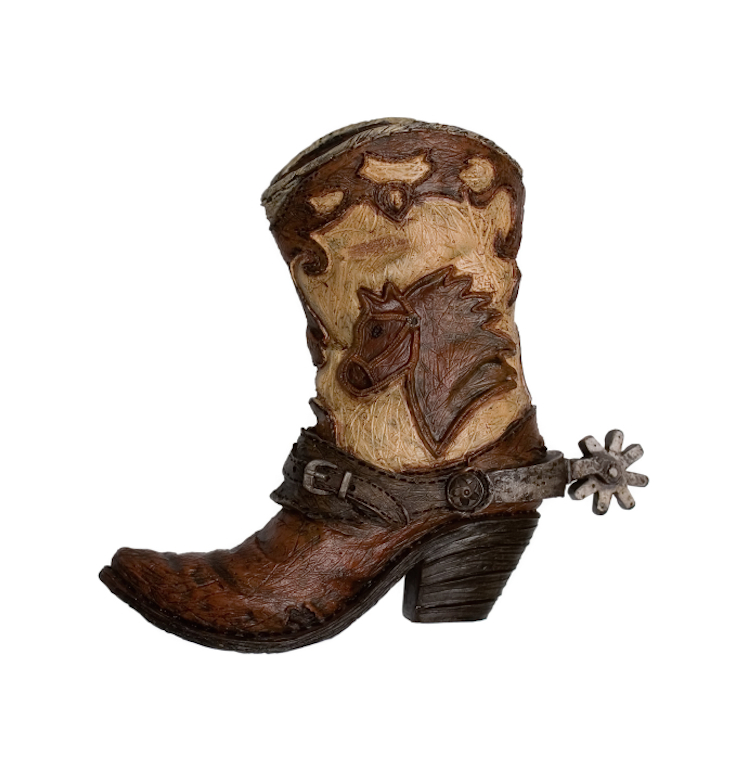 A spur on a cowboy boot

A spur is a U-shaped device with a spike that is attached to the heel of boots and that was originally used to encourage horses to move faster. Figuratively, a spur is something that urges someone to action. In anatomy, a spur is a small bony growth on any part of the body. A spur is also a short road that leads away from a main one. As a verb, to spur means ‘to touch a horse with a spur’ or ‘to urge someone to take action.’

win your spurs: originally this meant ‘to gain a knighthood through an act of courage’ and now it is used figuratively to mean ‘to achieve distinction’ or ‘to become worthy.’ Example: “The famous movie actor won his spurs performing in low-budget independent films.”

If you hear someone in the UK talking about spurs, it’s more likely these days that they are using the nickname of soccer club Tottenham Hotspur than talking about horse-riding accessories. You can see Spurs in action, and listen to their club song, here:

You may have heard the expression “hang up your spurs” in cowboy movies. Originally, this meant a cowboy would no longer go out and do the hard physical work (so he wouldn’t need his spurs for riding anymore). Now, the expression is used figuratively to mean ‘to retire,’ from any field of work. Example: “The boss will be hanging up her spurs at the end of the year. I wonder who is going to replace her.”

Spur dates back to before the year 900, as the Old English noun spura or spora (Middle English spure) ‘the metal spike worn on the heel to goad a horse.’ It is related to the Old English verb spuran (to kick), and can be traced back to the Proto-Germanic spuron and the Proto-Indo-European root spere– (ankle). Spur is related to the Old Norse spori, the Middle Dutch spore, the Dutch spoor, the Old High German sporo and the German Sporn (all meaning spur), as well as the Dutch spoor (track, footprint or trace of an animal), the Greek sphyron (ankle), the Latin spernere (to reject or spurn), the Sanskrit sphurati (kicks), the Middle Irish seir (heel), and the English verb spurn ‘(to reject,’ but originally ‘to kick away’). The figurative sense ‘anything that urges you on’ or ‘a stimulus’ was first used in the late 14th century, while the meaning ‘a sharp protrusion on the leg of a cock‘ dates back to the mid-16th century. The anatomical sense evolved from the latter, and first appeared in the mid-17th century. The sense related to roads (and railway lines) was first used in the mid-19th century. The expression ‘on the spur of the moment’ has been used since around the year 1800. Spur, as a verb meaning ‘to touch a horse with a spur,’ dates back to around the year 1200. The figurative sense first appeared around the year 1500.

See full definition
Learn more about spur in our forums

Spur in other languages