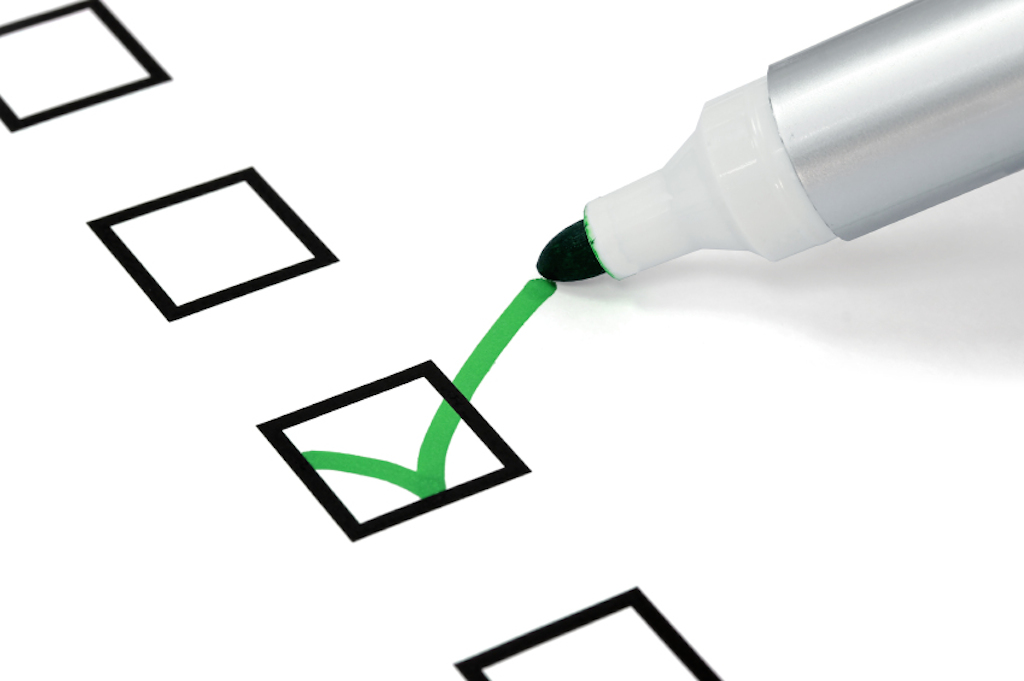 A tick is a sharp clicking sound, like the sound a clock makes. In UK English, however, a tick is also a small mark made on a list (called a check mark in US English) to indicate either that something has already been taken care of or that something is correct. Informally and in UK English, a tick is a moment. As a verb, to tick means ‘to make a clicking sound’ or ‘to indicate the passing of time.’ In the time sense it is often used with the adverbs by or away. In UK English, it also means ‘to mark something on a list or in a check box’ or ‘to mark something as correct.’ In US English, the verb for this is “check.”

tick along (or, UK: tick over): to continue at a steady pace, but not really make much progress. Example: “How’s business at the moment?” “Well, we don’t have much new work, but there is enough from our regular clients to keep us ticking along.”

tick somebody off: in US English this means ‘to annoy someone,’–example: “The way he speaks to me really ticks me off!”—whereas in UK English it means ‘to reprimand’—example: “The boss ticked Gita off for being late again.”

tick something off (UK): to mark something as done on a list. Example: “The supervisor ticked off the jobs that had already been done.”

A tick is also an arachnid (an eight-legged creepy–crawly), and The Tick is the title of a superhero TV show, starring Peter Serafinowicz. You can see the trailer here:

Regular readers of word of the day should listen out for a character asking the Tick, “What do you bench?”

In the UK, if you say that someone or something “ticks all the right boxes” that means the person or thing is perfect for what you want. Example: “When we were looking for a new house it took a long time to find one that ticked all the right boxes.” You can also talk about “what makes someone tick,” meaning ‘what makes that person function or gives them a sense of purpose.’ Example: “Fiona loves her work; it really is what makes her tick.”

Tick, originally meaning ‘to touch or pat,’ dates back to the early 13th century, as the Middle English verb tekken. Its origin before then is uncertain, though some linguists believe it may have evolved from an unrecorded Old English verb, and most agree that whatever the precise origin, it is probably Germanic and imitative in nature. Tick is related to the Old High German zeckon (to pluck), the Dutch tikken (to pat), and the Norwegian tikke (to touch lightly). The sense ‘to make a ticking sound’ was first used in the early 18th century, while ‘to make a mark besides an item on a list’ dates back to the late 19th century, and actually comes from the noun sense we will discuss in a moment. To tick off (or away), in the sense of time passing, has been used since the late 18th century, and in the sense ‘to enumerate’ since the mid-19th century. The expression to tick someone off is from the early 20th century, but until the 1930s, it meant ‘to scold.’ The noun, meaning ‘a light touch or tap,’ dates back to the mid-15th century, and comes from the verb. The sense ‘the sound made by a clock’ first appeared in the mid-16th century, while ‘a mark made next to an item on a list’ dates back to the mid-19th century. The unrelated noun, meaning ‘a small arachnid,’ is actually the oldest meaning of tick. It dates back to before the year 900, as the Old English noun ticia (Middle English tyke or teke). It can be traced back to the West Germanic root tik- and the Proto-Indo-European root deigh– (insect), and is related to the Middle Dutch teke, the Dutch teek, the Old High German zecho and the German Zecke (all meaning ‘tick’), as well as the French tique and the Italian zecca (also meaning ‘tick’), which are both loan words from Germanic languages.

See full definition
Learn more about tick in our forums

Tick in other languages