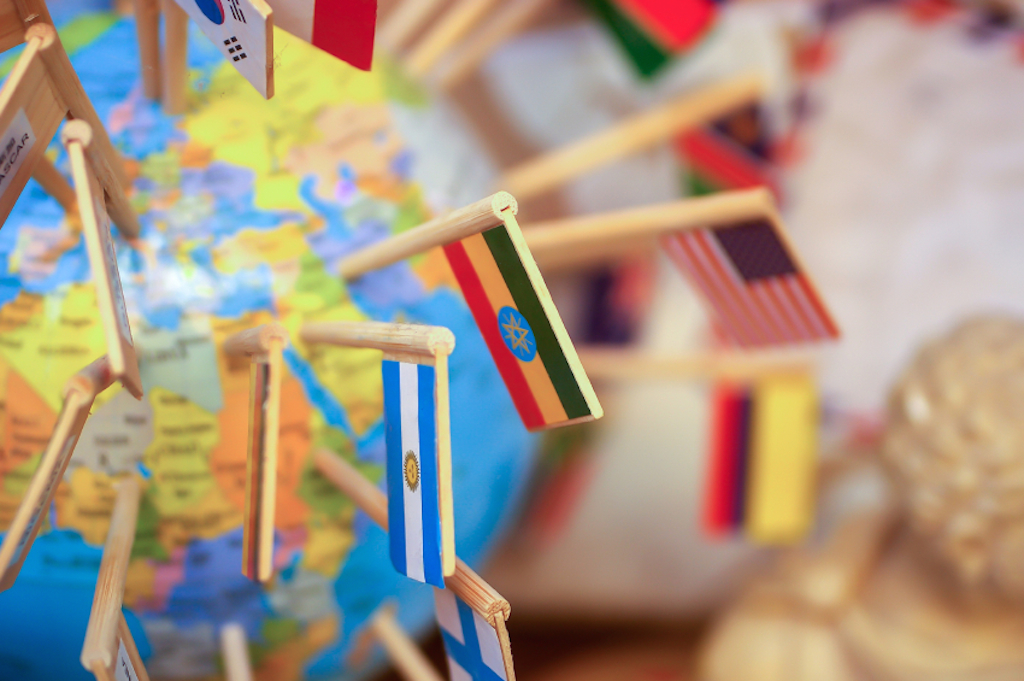 The world is made up of many states.

A state is a political unit of people occupying a defined territory, and it is also the authority and administration of that territory. In addition, a state is also the condition of something or someone. When we say that someone is in a state, we mean that they are nervous and worried or upset about something. As an adjective, state refers to everything related to or under the control of a political state or something involving some official ceremony. As a verb, state means ‘to declare or say something,’ either in writing or verbally, and can be a more formal version of say.

lie in state: when someone important or famous dies, that person’s coffin and body are sometimes put in a place where the public can see it. This is called “lying in state.” Example: “The King lay in state for seven days between his death and his funeral.”

state the obvious. Example: “We won’t explain what this means; that would be stating the obvious!”

state of play: literally, the score in an ongoing sports game, but figuratively the current situation or circumstances. Example: “What’s the state of play with the Lewis deal? Have the contracts been signed yet?”

State of Play is the title of a 2009 movie starring Russell Crowe and Ben Affleck. You can watch the trailer here:

State never has to have an initial capital letter, but it often does when referring to a country or its government. For example, someone might write “The State must intervene to ensure the safety of all its citizens,” but the sentence would still be correct if it was written without a capital letter at the beginning of state. However, it is never capitalized when referring to a state within a country, unless it’s part of an official name: “They drove across the state to go to the State of Illinois Building.”

State, meaning something or someone’s condition, or a person’s circumstances or position in society, dates back to around the year 1200. The Middle English noun stat derived from the Middle and Old French estat (‘position or condition,’ or ‘status, station or stature’), which can be traced back to the Latin status, a noun that could mean ‘station, position or place,’ way of standing or posture,’ ‘condition,’ or ‘order or arrangement,’ and probably also influenced the English word directly. It can be traced further back to the Proto-Indo-European root sta– (‘to stand,’ as well as ‘to make or be firm’). State is related to the French état, the Spanish estado, the Italian stato, the German Stadt, the Dutch staat, and many other modern words meaning state, as well as the Sanskrit tisthati (stands), the Persian –stan (‘country,’ but literally ‘where you stand’), the Greek histēmi (to put, place, or cause to stand,’ or ‘to weigh’) stasis (standing still) and stylos (pillar), the Old Church Slavonic stanu (position), the Gothic standan, (to stand), the Old Norse steði or stethi (anvil), the Old Irish sessam (the act of standing), and many English words, including arrest, assist, constant, contrast, cost, destination, distance, ecstasy, establish, existence, history, insist, instant, institute, persist, post, press, rest, stable, stage, stand, station, statue, stay, steer, stem, stern, store, substitute, system and understand. The sense ‘physical condition’ first appeared in the late 13th century, and ‘mental or emotional condition followed in the early 16th century. The sense ‘in an agitated or perturbed state’ was first used in the 19th century. The meanings ‘the political organization of a country’ and ‘the government’ appeared around the year 1300, and evolved from the sense ‘condition of a country.’ The sense ‘a political unit of people in a specific territory’ extended from this meaning in the mid- to late 18th century. The verb, meaning ‘to set in position,’ dates back to the late 16th century, and comes from the noun. The sense ‘to declare in words’ was first used in the mid-17th century, and grew from the idea of placing something on the record.

See full definition
Learn more about state in our forums

State in other languages