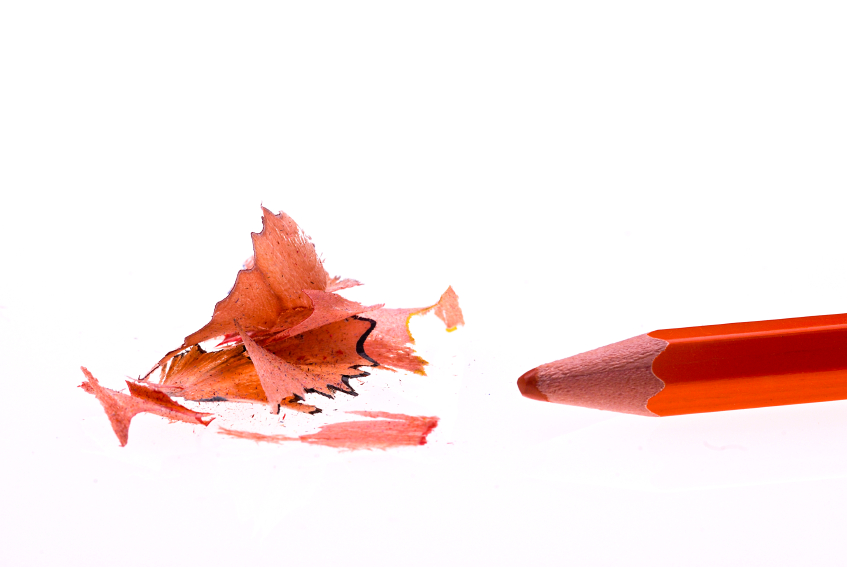 If your pencil is blunt, you will need a pencil sharpener.

When something is blunt, it means that it has a thick and round edge. In reference to something that should be sharp, like a knife, blunt means that it is not sharp at all. Blunt also means ‘impolite and abrupt’ when used to refer to a person or comment and also ‘insensitive’ or ‘slow to perceive.’ As a verb, blunt means ‘to make or become less sharp’ or ‘to make something less keen or forceful.’

Blunt: The Fourth Man is a 1986 movie about Anthony Blunt, a British man who was a Soviet spy. You can watch the movie trailer here:

You might quite often hear the term blunt instrument on TV police dramas. A blunt instrument is anything that is not sharp and that someone could use as a weapon. It could be a baseball bat or simply something found nearby like a stone or a vase. On TV, when the police talk about someone being injured or killed with a blunt instrument, that usually means they know the victim has been hit with more force than from a punch, but they don’t yet know exactly what the weapon was.

Blunt dates back to the around the year 1200, as the Middle English adjective blont or blunt; it originally meant ‘dull or obtuse,’ and was used to describe people. Its origin is uncertain, but many linguists believe it could have come from the Old Norse blundra (to shut your eyes), possibly from the Proto-Germanic blinda (blind). Blunt would be, in this case, related to the English words blind and blunder. Other linguists think it came from the Old English blon, the past participle of the verb blinnan (to stop, cease or come to an end). The sense ‘not sharp or without a point or an edge’ was first used to describe weapons or tools in the late 14th century, while ‘abrupt speech or manner’ dates back to the late 16th century. The verb, meaning ‘to make blunt’ or ‘to dull the point or edge or something,’ dates back to the late 14th century, and comes from the adjective.

See full definition
Learn more about blunt in our forums

Blunt in other languages