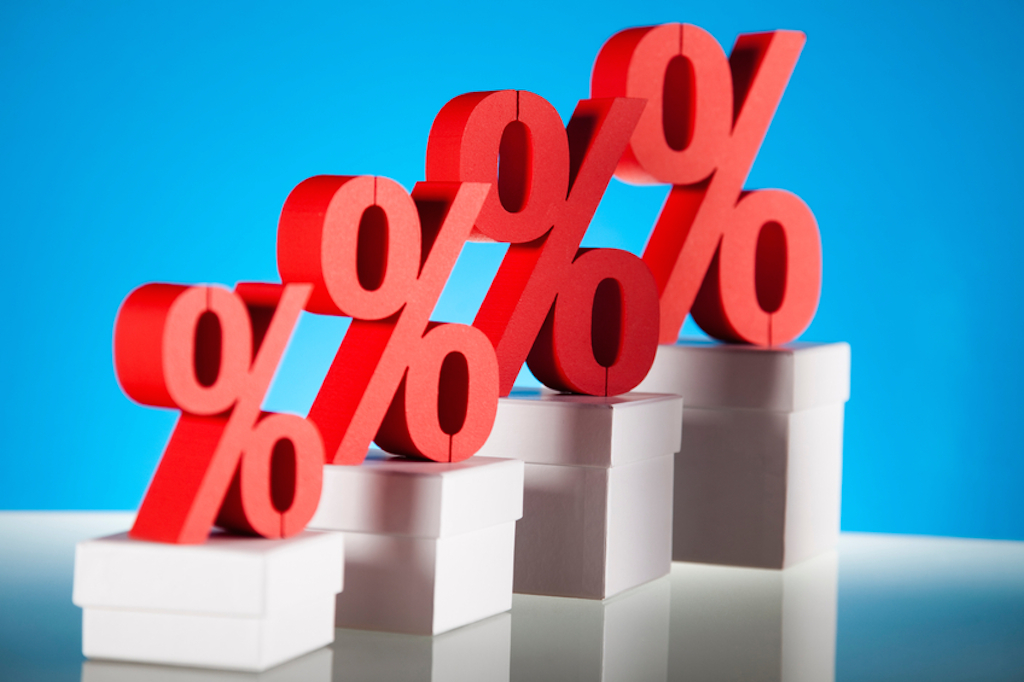 A rate is the amount of a payment, considered in relation to some basis, such as time or an amount of work done, or an amount of one thing in relation to another. A rate is also a degree of speed or progress. As a verb, rate means ‘to estimate the value of something’ or, informally, ‘to think highly, or have a good opinion, of someone or something.’ It also means ‘to deserve or merit something’ and ‘to place on a certain scale or rank.’

at this rate: at this speed, in this way. Example: “We need to work faster; at this rate we’ll never get the work finished by the end of the week!”

at any rate: anyway, in any case. Example: “I’m sorry you broke up with your boyfriend, but you were too good for him at any rate.”

exchange rate: the amount of one currency you get in exchange for another. Example: “The current exchange rate from US dollars to euros is 88 cents per euro.”

Listen to Souxsie and the Banshees singing “Monitor” here. Listen out for the lyric “No more second-rate movies from those people outside.”

In hunting terminology, a rate is a reprimand given to a dog. So old hunting books would have told hunters to give their dog a rate if it misbehaved. However, this sense is now rare.

Rate, meaning ‘estimated value or worth,’ and later ‘an amount of something in relation to another, ‘dates back to the late 14th or early 15th century. It came into English from the Old French rate (price or value), influenced by the common use, in the British Isles, of the Medieval Latin rata pars (fixed amount). Both can be traced back to the Latin rata (fixed or settled), the feminine past participle of the verb reri (to reckon or think), from the Proto-Indo-European root re– (to reason or count), a variant of the root ar– (to fit together). Rate is related to the Sanskrit radh– (to succeed or accomplish), the Greek arithmos (number or amount), the Latin ritus (rite or religious custom), the Old Church Slavonic raditi (to take thought or attend to), the Old Irish im-radim (to deliberate or consider), the Old English and Old High German rim (number) and the Old Irish rim (number) and dorimu (I count), as well as English words such as arraign, arithmetic, dread, hatred, hundred, ratify, ratio, ration, read, reason, rhyme, riddle, rite and ritual. The sense ‘degree of speed’ was first recorded in the mid-17th century, while the currency exchange sense was first used in the early 18th century. First-rate, second-rate, etc., using rate as ‘category or class,’ first appeared in the mid-17th century, when the British Navy divided its ships into six classes. The phrase at any rate dates back to the early 17th century, and originally meant ‘at any cost,’ though the sense weakened to ‘at least’ by the mid-18th century. The verb, meaning ‘to estimate the value of something,’ dates back to the mid-15th century, and comes from the noun. The sense ‘to have a certain value, rank or standing’ was first used in the early 19th century. The unrelated verb, meaning ‘to scold,’ dates back to the late 14th century, and came into English from the Old French verb rater (to accuse or find fault with). It can be traced back to the Vulgar Latin reputare (to blame), from the Latin reputare (to count over or reflect) made up by the prefix re– (repetition) and the verb putare (‘to judge, believe or suspect’ as well as ‘to clean, trim or prune‘), ultimately from the Proto-Indo-European root pau– (to cut, strike or stamp).

See full definition
Learn more about rate in our forums

Rate in other languages