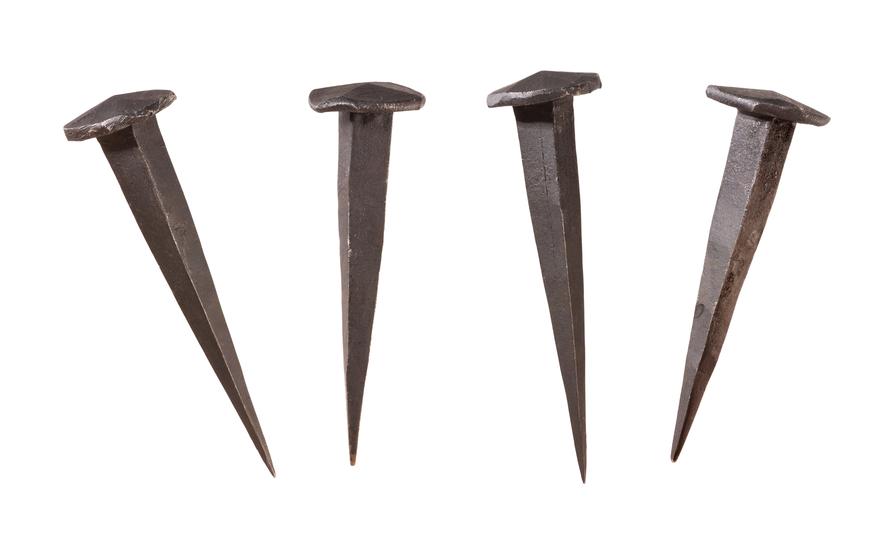 A spike is a nail-like metal fastener used in construction and, by extension, any sharp, pointed thing. A spike is also a sharp and sudden rise or increase. To spike also means ‘to add alcohol to a nonalcoholic drink’ or ‘to add more alcohol to an alcoholic drink,’ usually without the person whose drink it is knowing you have done so.

spike someone’s guns (UK): literally, to put a spike on a gun to prevent it from firing. By extension, figuratively, it now means ‘to frustrate, or thwart, someone’s plans.’ Example: “Nancy really wanted to get the promotion at work, but her colleague spiked her guns by telling the boss about the mistake she had made.”

Spike Milligan was a British-Irish comedian. You can see him appearing on the Muppet Show here:

Newspaper editors used to have a long spike on their desks where they would file stories they had decided not to use, by piercing them with the spike to hold them in place. Because of this, spike can also mean ‘to reject a news story.’ Example: “I thought I had a great story, but the editor spiked it!”

In volleyball, spike means to hit the ball very hard close to the net, so that it goes straight down on the other side, making it hard for the other team to hit it before it hits the ground. American football players also spike the ball when they score a touchdown, by throwing it to the ground in celebration.

Spike, meaning ‘a large nail,’ dates back to the mid-14th century. It came into English from a Scandinavian source, such as the Old Norse spik (splinter) or the Middle Swedish spijk (nail), though it may have also been influenced by the Latin spica (ear of grain). It can be traced back to the Proto-Germanic spikaz and the Proto-Indo-European root spei– (sharp point). Spike is related to the Middle Dutch spicher and the Dutch spijker (nail), the Old High German speihha (spoke), the Latin spica (ear of corn), spina (thorn, prickle or backbone) and pinna (pin), the Greek spilas (rock or cliff), the Lettish spile (wooden fork), and the Lithuanian speigliai (thorns) and spitna (tongue of a buckle), as well as the English words pin, spoke, splinter and spit. The electrical meaning ‘a short pulse’ dates back to the early 20th century, and this sense expanded to any sharp or sudden rise by the mid-20th century. The verb, originally meaning ‘to fasten with spikes,’ dates back to the early 17th century, and comes from the noun. The military sense, to disable guns with a nail, was first used in the late 17th century (it has been used figuratively since the 1920s). The colloquial sense ‘to add alcohol to a drink’ dates back to the late 19th century, while the journalism sense, ‘to kill a story,’ is from the early 20th century. The sense ‘to rise suddenly or quickly’ was first used in the 1950s.

See full definition
Learn more about spike in our forums

Spike in other languages