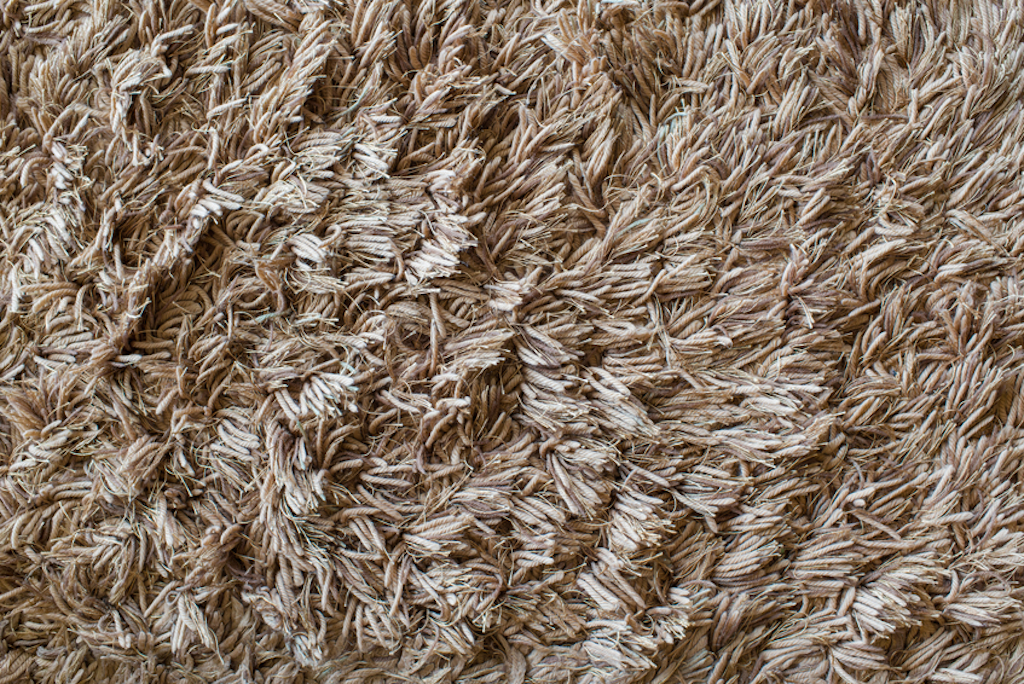 Shag is any rough and tangled wool or hair or a rug or carpet with long loose threads. It is also coarse shredded tobacco or, in US English, a layered hairstyle. As a verb, shag has a sexual meaning in the UK (more information below!). The shag is also a dance that was popular in the 1930s and ’40s, especially in the US, and, as a verb, to shag means to perform this type of dance.

shag pile: used to describe the density of shag rugs or carpets. Example: “The shag pile on Grandma’s carpet was very thin.”

In UK English, informally, a shag is an instance of sexual intercourse and, as a verb, shag means ‘to have sexual intercourse.’ Because of this, it is generally advisable to be careful when using this word in the presence of UK English speakers. You may for instance, wish to refer to a shag carpet or shag pile carpet, rather than simply use the word shag on its own.

Watch the trailer for the 1999 movie Austin Powers: The Spy Who Shagged Me here:

A shag is also a type of bird and, in Australia, the informal expression like a shag on a rock means that someone or something is alone and abandoned.

Shag, meaning ‘cloth with a velvet nap on one side, dates back to the late 16th century. Its origin is uncertain, but most linguists think it is connected to the Old English noun sceacga (rough, matted hair or wool), though there is no recorded noun in Middle English to verify the connection. This would mean it can be traced back to the Proto-Germanic skagjan, and is related to the Old Norse skegg, and Swedish skägg (beard), and probably to the Old High German scahho (promontory), the Old Norse skagi (‘cape or headland’ as well as ‘jutting out or projecting’). The sense ‘tobacco cut into shreds’ was first used in the late 18th century, but it was not used to refer to carpets or rugs until the 1940s. The haircut sense is from the 1960s. The verb shag dates back to the late 14th century, and meant ‘to waggle or shake.’ Its origin is uncertain, but some linguists think it is related to the Old English verb sceacan (shake). If this is the case, it can be traced back to the Proto-Germanic skakanan, and is related to the Old Norse and Swedish skaka and the Danish skage (to shift, turn or veer) and possibly the Sanskrit khaj (to agitate, churn or stir about), the Old Church Slavonic skoku (a leap or bound) and the Welsh ysgogi (to move), and of course the English shake. The verb shag became obsolete for centuries; there was a colloquial form of the verb, shag, meaning ‘to make shaggy’ in the 17th century, but this form came from the unrelated noun. The verb itself reappeared in the late 18th century with the slang sense ‘to have sex.’ The related noun also dates back to the late 18th century, while the name of the dance is from the 1930s (together with the related verb meaning ‘to dance a shag’).

See full definition
Learn more about shag in our forums

Shag in other languages