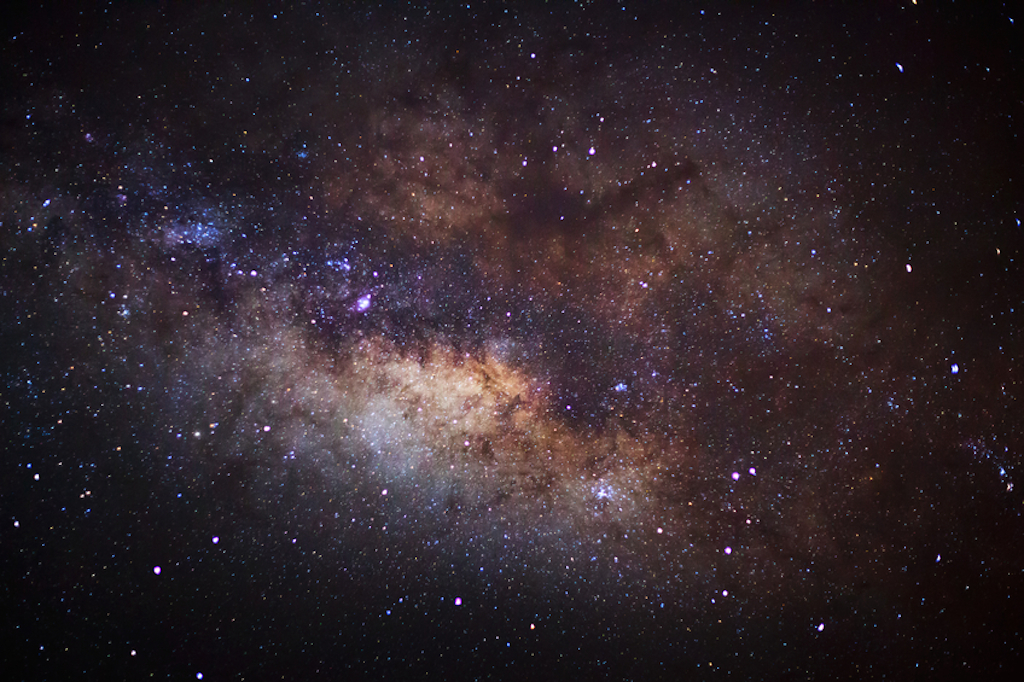 A space is an area of a particular size or used for a particular purpose. More generally, it is the three-dimensional area where objects are located, or what lies beyond the Earth’s atmosphere. It is also a blank area in a text, such as those between the words. Space is also used to talk about someone’s freedom to be themselves. As a verb, to space means ‘to put something at a distance from another thing’ or ‘to insert blanks in texts.’ As an adjective, it refers to anything related to outer space and the solar system.

outer space: what lies beyond the Earth’s atmosphere. Example: “Some people think crop circles are caused by visitors from outer space.”

When someone has been taking drugs, you can say they are spacing out or spaced out. Informally, you can also call someone spaced out or spacey if they are behaving oddly, as though they have taken drugs. The very common verb space out can also refer to when someone stops paying attention. (“Can you repeat that? I spaced out for a few minutes.”) This usage is also informal.

Spaced is the title of a UK TV show. You can see a clip from it here:

Personal space is the bubble around each person that other people should not enter, according to social norms. Everyone, no matter where they were born, has a strong sense of personal space, and feels uncomfortable when others “invade” it, but that bubble is different in every country, so often we can make others feel uncomfortable without even realizing it. Of course, this does not mean people never come close. In the US and the UK, for example, people greet others (unless their family) with a handshake or just by saying “Hi,” and stand at a certain distance. In European and Latin American countries, on the other hand, people often say hello with a kiss or a hug, but then move back apart.

The extent of personal space also changes depending on where you are. For example, if you are sitting on a crowded bus, you can’t expect to have that much personal space, but you can expect for the person sitting next to you to try not to touch you if possible. On a relatively empty beach, it would be very strange to sit right next to another group of people; this would be considered invading their personal space. The most important thing to remember when we are in a different country is to be aware of personal space. We can figure out how close to come, and when to do so, by looking at what others do.

Space, meaning ‘extent or area’ as well as ‘room,’ dates back to around the year 1300. It came into English from the Old French espace (distance, interval or period of time), and can be traced back to the Latin spatium (room, area, distance or stretch of time), though its origin before then is unknown. Space is related to the Catalan espai, the French espace, the Italian spazio, the Portuguese espaço, the Romanian spatiu and the Spanish espacio (all meaning ‘space’). The senses ‘a place’ and ‘an amount of time’ both date back to the early 14th century, while ‘distance or interval of space’ appeared in the mid-14th century and ‘ground, land or territory,’ ‘extension in three dimensions’ and ‘distance between points’ are all from the late 14th century. ‘Size or bulk‘ and ‘assigned position’ have both been senses of the noun since the 15th century, and the typographical sense, as in the space between two words, was first used in the mid-17th century. The astronomical sense, as in the emptiness between the stars, outside of the earth’s atmosphere, appeared in the early 18th century (though some have argued it has already been used in the late 17th century). The verb, meaning ‘to make of a certain extent,’ dates back to the mid-16th century, and comes from the noun. The sense has been used in typography, as ‘to separate letters or words by a certain amount’ since the late 17th century, and more generally, ‘to arrange in set intervals,’ appeared in the early 18th century. The sense ‘to be drugged’, often found as space out, first appeared in the 1960s. and extended to ‘distracted’ by the 1980s. Space has been used as an adjective, in reference to things related to outer space (like space rocket or space man), since around the year 1600.

See full definition
Learn more about space in our forums

Space in other languages