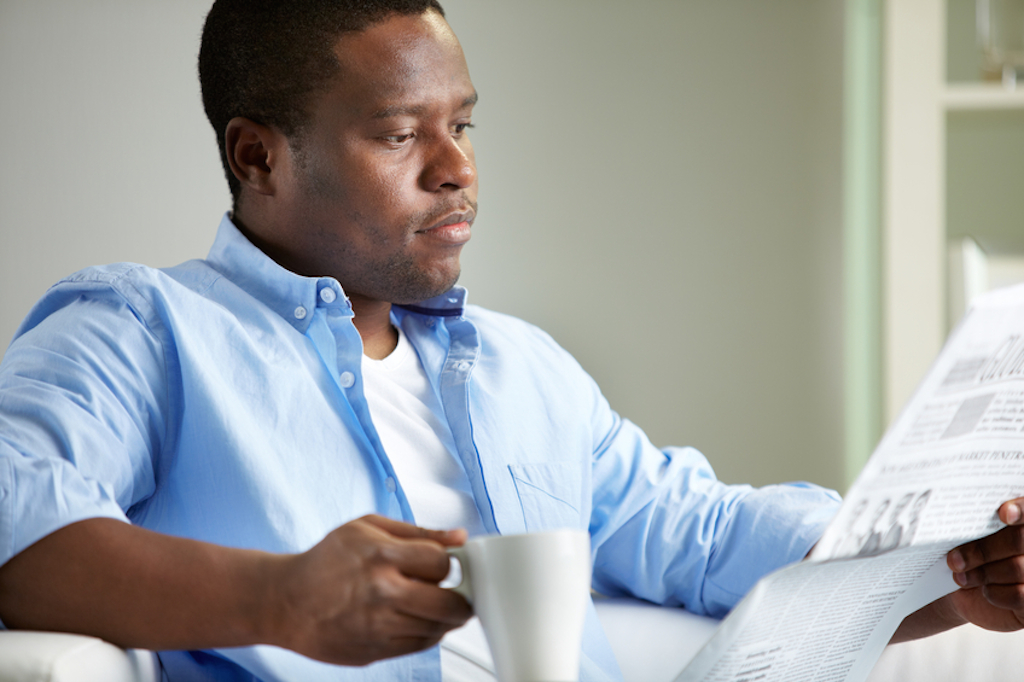 I always skim the newspaper when I'm having my morning coffee.

skim information: steal information from someone’s credit or debit card with a swiping device. Criminals sometimes do this by inserting such a device into the card slot of an ATM.

skim over: read quickly and superficially. Example: “Fred skimmed over the text until he found the answer to the teacher’s question.”

Listen to Marc Bolan singing “Misty Mist” here. Listen out for the lyric “Jump as sunlight skims the sky.”

Skim, meaning ‘to remove matter floating on the surface of a liquid’ or ‘to lift the scum from something,’ dates back to the late 14th or early 15th century, as the Late Middle English verb skymen or skemen, both variants of the earlier scumen. It came into English from the Old French verb escumer (to remove scum), from the noun escume (scum). The Old French language got the noun from a Germanic source, and it can be traced back to the Proto-Germanic skuma-, probably from the Proto-Indo-European root s(k)eu- (to cover or conceal). Skim is related to the French écume, the Old Norse skum, the Old High German scum (all meaning ‘scum’) and the German Schaum (foam or froth), as well as the Sanskrit kostha (enclosing wall) and skunati (covers), the Greek kytos (a hollow or a vessel) and keutho (to cover or hide), the Latin cutis (skin) and obscurus (dark), the Lithuanian kiautas (husk) and kūtis (stall), the Armenian ciw (roof), the Russian kishka (sheath or gut), the Old Norse sky (cloud), the German Scheuer (barn), the Welsh cuddio (to hide), and English words such as custody, cutaneous, cuticle, hide (both the verb and the noun), hoard, hose, huddle, hut, obscure, scum and sky. The sense ‘to throw a pebble in a way that makes it skip on the surface of water’ first appeared in the early 17th century, while ‘to move lightly and quickly over the surface of something’ is from the mid-17th century, originally a figurative use based on the movement of removing scum from liquid. This sense expanded further into figurative territory with ‘to glance over carelessly’ (when reading) in the late 18th century. Skim milk has been around since the late 16th century.

See full definition
Learn more about skim in our forums

Skim in other languages