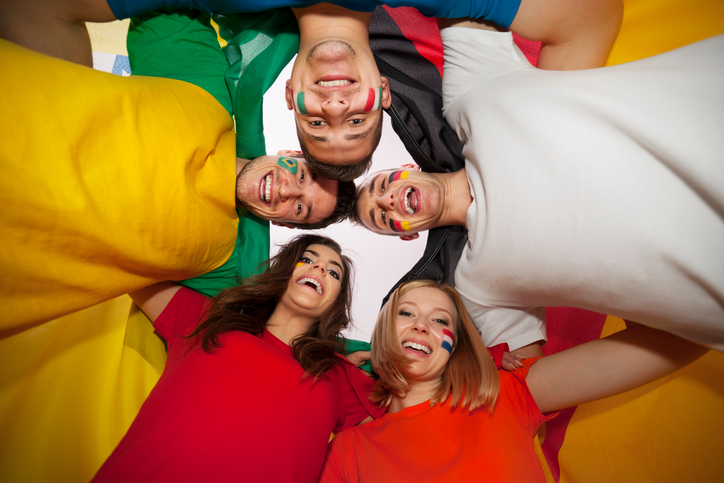 A group of soccer fans huddling together

To huddle means ‘to gather together closely’ and ‘to get together to discuss something’ in a close group, normally so that you can talk to each other in low voices to avoid being overheard. It also means ‘to crouch or curl up.’ As a noun, a huddle is a closely gathered group of people or a group of people conferring or discussing. It can also mean ‘a heap or mass of things.’ In sports, a huddle is a group of players gathered to hear instructions on the next play or strategy.

go into a huddle: gather closely together. Example: “The quiz show team went into a huddle to confer on their answer.”

huddle up: something a coach can say when asking players to huddle. Example: “Huddle up! Let’s talk about the next play.” (A play is a plan for action in a sports game.)

Still not sure what a huddle is? You can see a sports team huddle here:

Huddle dates back to the late 16th century. It replaced the Middle English verb hoderen (which appeared around the year 1300, and meant ‘to heap together’ or ‘to huddle’). Linguists believe both huddle and hoderen came from the Low German verb hudern (to cover or shelter). Its origins, however, can be traced back to the Proto-Indo-European root keudh- (to cover, to conceal), which is also the origin of the word hide.

See full definition
Learn more about huddle in our forums

Huddle in other languages