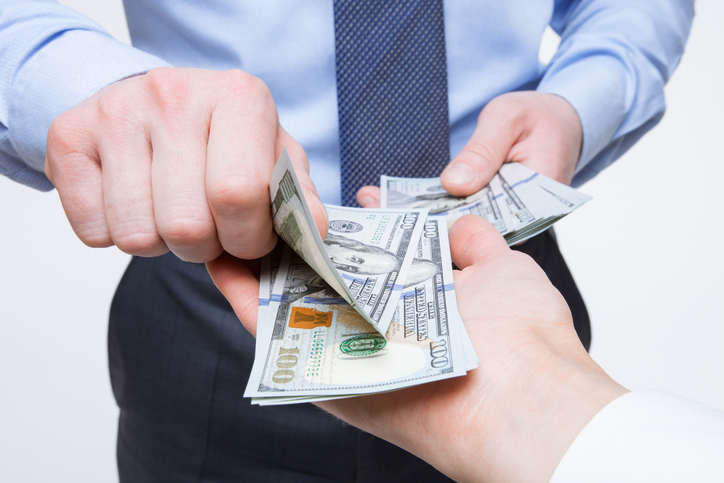 As an added perk, we'll give you a $500 signing bonus if you take the job.

To perk, followed by up, means ‘to become cheerful and lively again after being sad for a bit’ and also ‘to rise quickly.’ Informally, still with up, it means ‘to make smart.’ Informally, to perk also means ‘to brew, or prepare’ in reference to coffee, as a shortened version of percolate. As a noun, a perk is a perquisite (ie, special privilege), or an additional payment, benefit, or privilege received from your workplace or somewhere else.

perks of being: advantages of being someone or something. Example: “Meeting lots of famous people is one of the perks of being a music journalist.”

As you may know, the coffee shop in Friends is called Central Perk. This is a pun, or play on words, because it sounds like Central Park, the big park in Manhattan. In this clip, Joey starts working at Central Perk because he doesn’t have enough money to pay his bill, but he pretends that he is not working there.

The verb perk dates back to the late 14th century. There is some discussion about its origins. Some think the Middle English verb perken, ‘to make yourself trim or smart,’ comes from the Old North French perquer (to perch), and was a figurative take on a bird, preening its feathers. Others think it is related to the verb ‘to peer.’ The meaning ‘to raise yourself briskly’ first appeared in the early 16th century, while perk up, with its various uses, is from the mid-17th century. The noun, meaning ‘work benefits,’ is a short, colloquial re-spelling of perquisite and first appeared in the mid-19th century. The verb meaning ‘to brew’ is a short, colloquial re-spelling of the word percolate, and dates back to the early 20th century.

See full definition
Learn more about perk in our forums

Perk in other languages