Intermediate+ Word of the Day: fringe 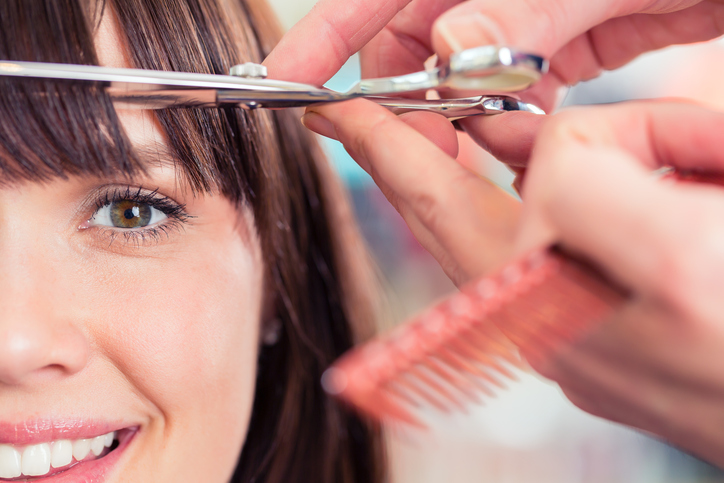 A woman having her fringe trimmed

A fringe is a decorative border of short threads, loops, or other material, used on fabric. A fringe is also a marginal part of something, the outer edge of something, or a group with extreme views on something. In the UK, a fringe is a section of hair cut straight across the forehead (called bangs in the US). To fringe, as a verb, is ‘to furnish or arrange with a fringe.’

Fringe is a science fiction TV show that aired in the US (and many other countries) between 2008 and 2013. It followed a group of FBI agents investigating paranormal events, things that happened on the “fringe” of what most people know and believe. Here’s a show preview for its very first season:

As mentioned above, in hairstyles, what is called a fringe in the UK is called bangs in the US. These aren’t the only words for hairstyles that differ; although, according to many dictionaries, the words plait and braid both exist in UK and US English, people in the UK are more likely to use plait than braid, and people in the US will almost always use braid instead of plait.

Fringe festivals normally host slightly alternative and perhaps experimental performances, normally alongside or slightly before or after a more mainstream festival. The best known example, and the one that first used the term fringe to describe itself, is the Edinburgh Festival Fringe, so famous that it is often just known as The Fringe. The Fringe has helped many well-known British comedians to establish their careers, including Eddie Izzard, Rowan Atkinson, and Jo Brand. You can see a clip of Rowan Atkinson interviewing the famous singer Elton John here:

See full definition
Learn more about fringe in our forums

Fringe in other languages