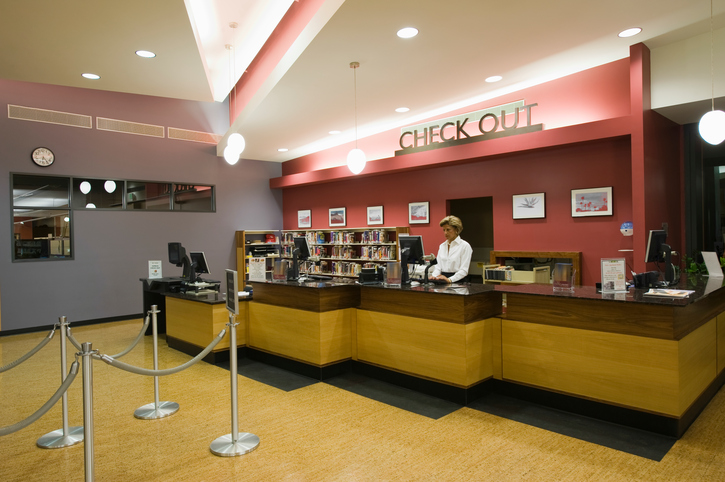 If you return your library books late, you will have to pay a fine.

As an adjective, fine has many meanings. In reference to things, it can mean ‘of superior quality,’ ‘delicate in texture,’ or ‘sharp.’ If you’re talking about people or emotions, it means ‘skilled,’ ‘refined,’ or ‘healthy.’ When you’re talking about the weather, it means ‘sunny and dry,’ although not necessarily hot. It also means ‘very thin.’ As a noun, a fine is a sum of money charged as a penalty. As a verb, it means ‘to punish with a fine.’

cut it fine (or cut it close): leave very little margin for error. Example: “It’s a two-hour drive and we absolutely have to be there by 2 pm. If we leave at noon, that might be cutting it too fine.”

a fine line: an unclear distinction. Example: “When it comes to my relationship with Flávio, there’s a fine line between love and friendship.”

Fine is also an adverb that means well enough. Example: “She sings fine,” “He did fine on the exam,” or “I get along fine.” (That means that I do OK.) It can also mean “very well,” but this meaning is more common in older texts and literature.

Saying you are fine is the most standard response when people ask how you are, especially when you’re talking to people you don’t know very well and to whom you might not want to give a completely honest answer. Perhaps because of this, in other circumstances, when people say they are fine, they don’t always really mean it. For instance, it is quite common for someone who is upset about something someone else has done to say, “I’m fine,” when asked if something is wrong, especially if they think the other person should know they have done something upsetting. So, if someone seems upset and you ask them “Are you OK?” and they answer, “I’m fine,” but still seem upset, you are probably in trouble. If anyone ever says, “I’m fine. Why wouldn’t I be?” you are definitely in trouble!

The expression fine and dandy means that something is great. It is a little old fashioned but people still say it. In this song, a group of women seem very sad about their lives, and in contrast to them, country singer Dolly Parton says she will be “fine and dandy.” She says it will be a “hard candy Christmas.” What do you think that means? Hard candy is the kind of candy you suck on because it is too hard to bite.

Fine first appeared in English around the year 1200, as the Middle English noun fin, meaning ‘termination, end,’ or ‘end of life.’ It came from the Old French fin, which also meant ‘end, termination, boundary or death,’ but could mean ‘fee, payment, finance or money.’ It, in turn, comes from the Latin fīnis (‘end, utmost limit, highest point’ as well as ‘payment, tax or fine’). Fine, meaning money charged as a penalty, was used in the mid-14th century, and has the same origin (the French and Latin words already included that meaning). The verb fine, with the same origin, was first used in the early 13th century, but originally meant ‘to pay as penalty.’ The meaning flipped to ‘to charge as penalty’ in the mid-16th century. Fine has been used as an adjective since the mid-13th century, meaning ‘refined, pure, or free from impurities.’ It also comes from the Old French word fin, which had also grown in meaning to include an adjective use by then, and meant (perfected, of the highest quality). The origin is still the Latin finis, in this case taking a broad figurative sense of ‘end’ as ‘perfect.’ The adjective meanings expanded around the year 1300 to include ‘rich, valuable’ for describing things, and ‘true, genuine, constant’ in a moral sense. ‘Expertly made’ and ‘delicately wrought’ have been meanings for fine since the 14th century, and it has been used to describe sharp or thin weapons since around the year 1400.

See full definition
Learn more about fine in our forums

Fine in other languages