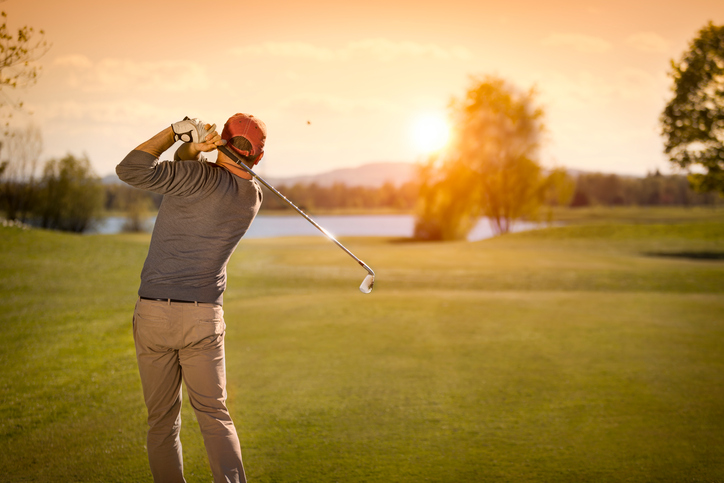 A golfer swinging a golf club 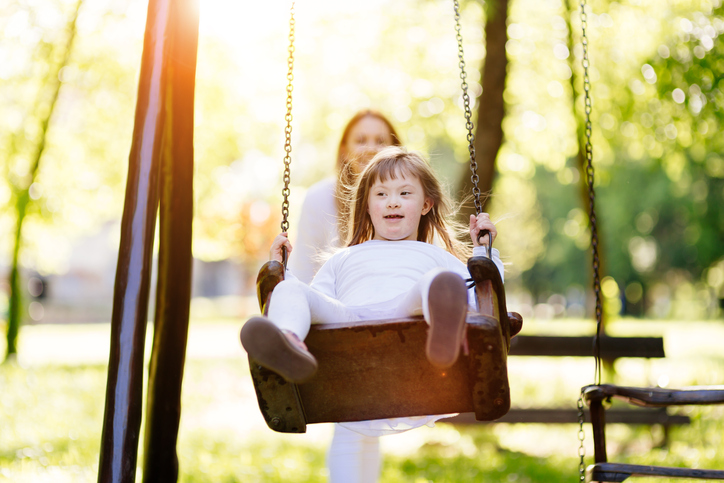 To swing means ‘to move back and forth or round and round’ or ‘to move in a curve.’ It also means ‘to hang freely’ and ‘to die or kill by hanging’. Figuratively, swing means ‘to change opinions or interests’ and ‘to influence or manage something as wanted.’ As a noun, swing is the movement and instance of swinging or a change in opinion. It is also a seat hung by ropes on which someone can sit and swing.

take a swing at someone: try to hit someone. Example: “The drunk guy kept insulting me until, in the end, I took a swing at him.” This expression is also used in baseball, golf and other sports, when a player tries to hit a ball with an instrument, like a bat or a golf club.

in full swing: fully operational. Example: “The company will be running with a skeleton staff over Christmas and New Year, but we’ll be back in full swing on January 9.”

go with a swing: be lively and/or successful. Example: “Dan was worried no one would come to his party, but in the end loads of people turned up and it went with a swing.”

In US presidential elections, a swing state is a state that could have a majority of either Democrat or Republican votes. Florida is a famous swing state with many votes in the electoral college. Candidates usually spend a lot of time in these states because winning in them is very important due to the structure of US elections. In the most recent presidential election, Donald Trump won many important swing states, although Hillary Clinton won the popular vote by a large margin.

Swing is also a style of jazz and a dance style associated with it. Here you can listen to famous jazz singer Ella Fitzgerald singing “It Don’t Mean a Thing (If It Ain’t Got That Swing)”:

The dance style that sprang up alongside the music, also known as swing dance, covered a wide range of styles at the height of the swing era. Only a few of those still exist today, including the Lindy Hop, Balboa, Collegiate Shag, and Lindy Charleston. You can read more about the history of swing dance by clicking here.

Swing dates back to before the year 900, as the Old English verb swingan, and later the Middle English verb swingen, meant ‘to beat, strike or flog,’ as well as ‘to rush or fling yourself.’ It can be traced back to the Proto-Germanic verb swingan, and is related to the Old Saxon and Old High German swingan, as well as the modern German schwingen. The meanings ‘to move back and forth’ and ‘to cause to move back and forth’ both appeared in the mid-16th century, while the figurative sense, ‘to make something happen’ is from the early 20th century. The political sense, related to elections, was first used in 1966. The noun comes from the verb; the Old English swinge originally meant ‘blow or strike.’ A swing, meaning ‘a seat suspended on ropes’ only dates back to the late 17th century. The figurative meaning, ‘a shift in opinion,’ was first recorded in 1899.

See full definition
Learn more about swing in our forums

Swing in other languages