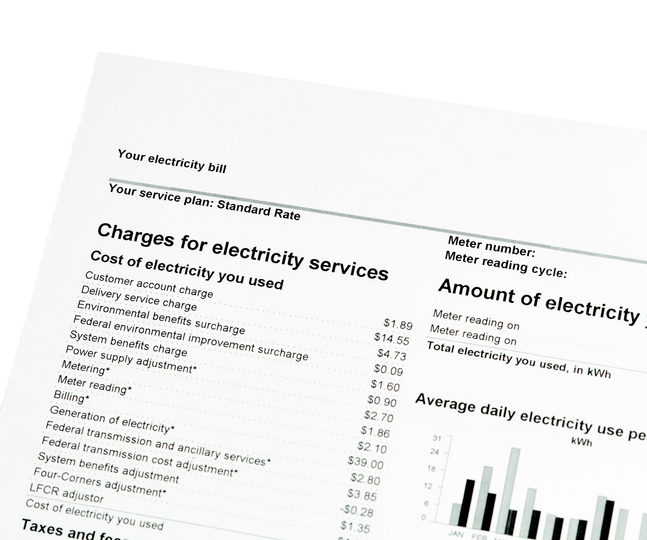 A bill is a statement with the detail of how much money is owed to somebody and also, in US English, a piece of paper that is worth a specific amount (this is called a note in the UK). In politics, a bill is a proposal for a new law and, in show business (ie, film, theater), it is schedule for an entertainment event. As a verb, to bill means ‘to send a list of charges to someone’ and, in show business, ‘to advertise something or someone.’ Unrelated to this meaning, a bill is also the beak of a bird or, in US English, the visor of a cap (called a peak in UK English).

fill the bill (US), fit the bill (UK): fulfill a purpose or need well. Example: “I need a new dress for the party and I’ve seen one that fits the bill, but I can’t afford it!”

foot the bill: pay for something. “My parents are footing the bill for our wedding so they want to invite all of their friends.”

No one likes having to pay bills! Here is Destiny’s Child with a song about just that:

In both the US and the UK a bill is a demand for payment for utilities (like electricity, gas, and water) or for services (like getting your car repaired or a website designed). These kinds of bills can also be called invoices. In the UK, the word bill is also used for the amount you need to pay at the end of a meal in a restaurant (and we never say invoice for this), but in the US that is called the check.

Bill is also a word that is used to refer to narrow promontories (bits of land that project outward into the sea), because of their beaklike appearance, such as Portland Bill in Portsmouth, in the south of England. You can read more about Portland Bill here.

Bill first appeared in English before the year 900. The Old English noun bill was a fancy word for a sword, especially one with a hooked blade. It can be traced back to the Proto-Indo-European root bheie-, which meant ‘to cut or hack,’ and is related to the Old Saxon bil ‘sword,’ as well as the Middle Dutch bile, the Dutch bijl, the Old High German bihal, the German Beil, and the Old Norse bilda (all meaning ‘hatchet’). Because of the physical resemblance, this word came to be used to describe the beak of birds around the year 1000, and, for the same reason, in Middle English (around the year 1200), it was used to name thin strips of land projected into the sea. The original meaning has disappeared, but the other two remain. The other meaning of bill, a ‘statement of money owed,’ is completely unrelated. It came into English as the Middle English noun bille from the Anglo-French (bille) in the early 14th century. It can be traced back to the Latin bulla, which meant ‘list.’ The verb, ‘to charge someone,’ comes from this noun.

See full definition
Learn more about bill in our forums

Bill in other languages