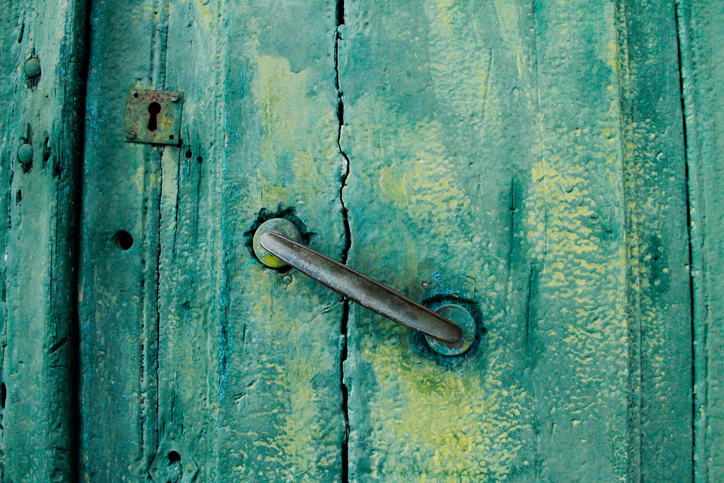 A handle is a part of a thing made to be taken hold of by the hand. Unrelatedly, and colloquially, a handle is somebody’s name (this is especially used for usernames for apps and websites). To handle means ‘to take hold of something or use your hands on something,’ ‘to manage and be responsible for something,’ and also ‘to use something in a particular manner.’ In addition, to handle means ‘to behave or perform in a particular way when directed or steered,’ ‘to control,’ and ‘to trade in something.’

fly off the handle: lose your temper. Example: “All I said was that I thought he looked better in the other shirt and he completely flew off the handle!”

The related word “handlebar” refers to the part of something you are supposed to grasp with both your hands, usually on a bike or motorbike. This also gives us the term “handlebar mustache,” which is a mustache that resembles the handlebar of a bike. Here is a video showing you how to create this look:

In some contexts, the words handle and manage are completely synonymous, especially when you’re talking about handling a situation. However, manage has other meanings that handle does not, such as ‘to succeed in doing something with difficulty’ or ‘to find time for something.’

Handle, both as a noun and as a verb, dates back to before the year 900. The Old English noun hand(e)le, and later the Middle English noun handel, are derivatives of the word hand, and use the suffix -el, which indicated something was an instrument (just like spindle comes from spin, and thimble comes from thumb). The meaning of ‘nickname’ first appeared in the mid-19th century, and came from the figurative idea of adding a handle (the titles Mr., Mrs., Dr., etc.) to your name. The expression fly off the handle is also from the mid-19th century, and is a figurative reference to an axe head flying off the handle. To get a handle on something first appeared in the early 20th century. The verb handle was originally handlian in Old English, and then handelen in Middle English. We cannot say for sure whether the noun comes from the verb or it is the other way around, because they appeared around the same time. They are related to the German verb handlen (to bargain or trade), the Old Norse hǫndla (to seize), and the Danish handle (to trade or deal.)

See full definition
Learn more about handle in our forums

Handle in other languages