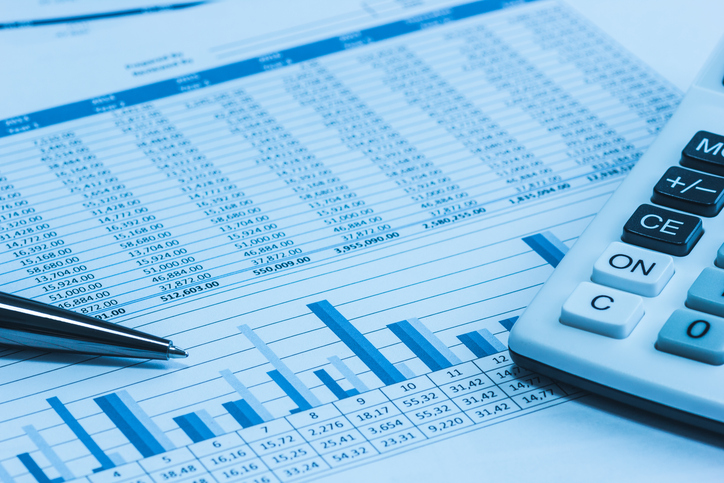 An account is a description of events and also a reason or judgment. In business, it is money deposited with a bank or, usually in the plural, a formal record of financial transactions. As a verb, account, followed by for, means ‘to give an explanation’ or ‘to be the source or reason for something.’

call someone to account: insist that someone take responsibility for something. Example: “The politician was called to account for hiding his expenses.”

on no account: under no circumstances, absolutely not. Example: “On no account leave any food out when the dog is in the room. He’ll steal it and eat it.”

on someone’s account: because of someone. Example: “I can’t go to the movies tonight, but you should still go, if you want. Don’t miss the movie on my account.”

An accountant is a person who prepares taxes or works with financial accounts. Here’s a sketch from the British comedy show Monty Python’s Flying Circus about an accountant who goes to a vocational guidance counselor to find out what other jobs he would be good at, since he thinks being an accountant is dull, or boring. What does the counselor tell him? (Wonder why counsellor is spelled differently here and in the video title? It’s because it has one l in the US and two in the UK.)

As well as being what you store your money in at a bank, an account is also anywhere online that you store your details. You probably have an email account and maybe also a Facebook and a Twitter account. You may also have accounts with various online stores that you buy from regularly. It’s really important to remember all your passwords for your online accounts and not write them down, so that you keep your account information secure.

An account can also be an amount of credit that a store lets you have, so when you want something, you ask the store to “put it on your account” and then you pay for it later, or it can be a specific project given to somebody to work on–especially in the advertising business.

Account dates back to the mid-13th century. The Middle English verb ac(co)unten (also sometimes written accompten), meaning ‘to count or enumerate,’ comes from the Anglo French acunter, acompter. It can be traced back to the Old French aconter (meaning ‘to enumerate’ or ‘to render account’), and further to the Latin verb computare (to count or calculate). The Latin verb is also the origin for the Modern French conter, the Spanish contar, the English verb count, and, or course, the word computer in many languages. The sense ‘to explain or justify’ is from around the year 1300, while the meaning ‘to give an explanation’ (usually found as account for) is from the late 17th century. The noun, in the form of the Middle English a(c)ount(e) or ac(c)ompte, meaning ‘counting,’ especially of money received, spent or owed, also dates back to the mid-13th century. While it is thought that the verb came before the noun, both existed in Anglo French already, and they are considered to have entered the English language with both uses. It was first used to mean ‘statement answering for conduct’ in the mid-14th century, while the more general sense of ‘narration’ appeared in the early 17th century. The sense of ‘business dealing requiring records’ dates back to the mid-17th century, and the banking use, so common today (arrangement to keep money in a business or bank) first appeared in the 1830s.

See full definition
Learn more about account in our forums

Account was suggested by Logan, from British Columbia, Canada.