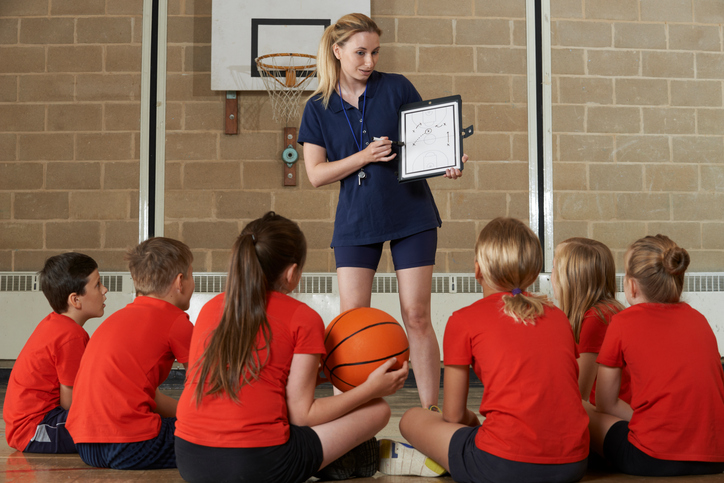 A coach explaining a play to her team.

Before trains and motorized transport, horse-drawn carriages called stagecoaches were the only means of public transport and they used to carry passengers and mail between cities. They were frequently robbed by thieves known as highwaymen. The highwaymen would waylay (stop) the coach and rob the passengers of their money, jewelery, and other valuables. Highwaymen were often perceived as being daring and glamorous, which is perhaps why the highwayman theme was used by British new wave band Adam and the Ants in their 1981 hit “Stand and Deliver” (a phrase that was supposedly used by highwaymen when they stopped the coaches–followed by “Your money or your life,” which is also in the song’s lyrics). You can hear the song and see the video, featuring the band’s singer, Adam Ant, dressed as a highwayman robbing a stagecoach here:

In the UK, the terms coach and bus are often used interchangeably, which can be confusing, but generally a coach is used for long-distance travel, with only infrequent stops to collect or drop off passengers, whereas a bus is for more local routes, such as public transport around a city or taking children to and from school, and stops at frequent, short intervals to collect and drop people off. In the US, we call both of these forms of transport a bus.

Coach dates back to the mid-16th century, when coche (the ‘e’ was dropped soon after) meant a ‘large carriage.’ It comes from the Hungarian noun kocsi, short for kocsi szekér, which meant ‘cart of Kocs,’ a town on the main road between Vienna and Budapest. The Hungarian name dates back to the early 15th century, and is related to the German Kotsche or Kutsche. There are equivalents in many European languages, such as the Spanish coche, the Portuguese coche, the Italian cocchio and the Dutch koets. It has applied to train cars since the mid-19th century, and to economy class since the mid-20th century. There is a related verb, which we don’t use much today. It means ‘to carry or convey in a coach,’ and dates back to the early 17th century. The sense of guide or tutor dates back to the mid-19th century, and came out of Oxford University. There, coach was slang for tutor, since this was ‘the person who carried you through the exams.’ It has been applied to sports since the 1860s. The verb comes from the noun, and, with this sense, first appeared in the mid-19th century.

See full definition
Learn more about coach in our forums

Coach in other languages

Coach was suggested by Dóri, from Hungary.