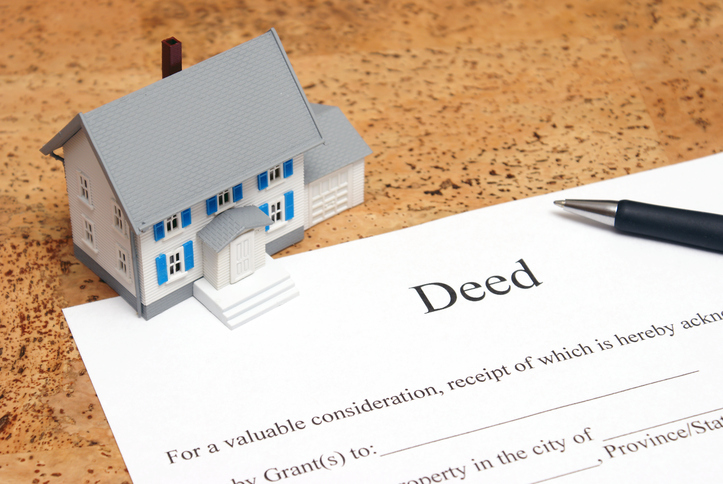 A deed is an act, something that is done or accomplished, and also an achievement. As a legal term, a deed is an official document that records a sale or transfer of ownership. As a verb, in US English, deed is related to this last meaning, ‘to transfer by deed.’

the deed is done: a task has been completed. Example: “I told him last night. The deed is done.” The similar phrase I have done the deed was used in the Shakespeare play Macbeth, where it refers to a murder having been committed.

The 2012 movie Good Deeds is about a businessman, called Wesley Deeds, who does a good deed one day and finds it changes his life. You can see the movie trailer here:

Deeds, often in the plural, is an act or a gesture, especially when typical of someone’s character. Example: “In the end, we are all judged by our deeds, rather than our intentions.” This use is slightly formal.

Deed or the dirty deed is often used as a euphemism for sexual intercourse. Example: “Lara’s friends all wanted to know if she had done the deed with her new boyfriend yet.” This can sound a little old fashioned, but some people still say it.

Deed dates back to before the year 900. The Old English noun dēd or dǣd evolved into the Middle English dede before taking on the spelling we know today. It comes from the Proto-Germanic noun dædis, and can be traced all the way back to the Proto-Indo-European root dhe– (to place or put). It is related to many very different words, which include the German Tat and the Dutch daad (both mean ‘deed’) and the Gothic gadēths (a placing), but also the Lithuanian detis (load or burden) and the Greek thesis (a placing or setting), and even the English verb do. The sense of a ‘written legal document’ first appeared in the early 14th century. The verb, in the legal sense, dates back to the early 19th century, and first appeared in the US.

See full definition
Learn more about deed in our forums

Deed in other languages