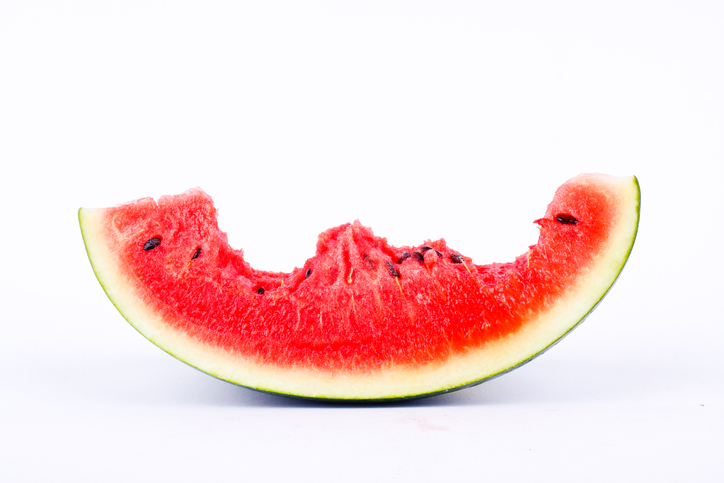 Who bit the watermelon?

A bit is the mouthpiece of a horse’s bridle and it is also a small thin shaft that can be used in a drill. Most commonly, however, a bit is a small quantity or piece of something, a very short time, and also an action associated with a particular situation or person. Unrelatedly, a bit is a single, basic unit of computer information, valued at either 0 or 1. It is also the past tense of the verb bite.

champ at the bit: be eager and impatient (like a horse that wants to go faster than its rider will let it). Example: “Chris and Imogen can’t wait to start their new life in Spain; they are champing at the bit.”

a bit: slightly. Example: “Lucy can be a bit annoying, but she’s nice when you get to know her.”

bit by bit: gradually. Example: “Learning a language can be hard, but if you make an effort, you will get there bit by bit.”

every bit: just, equally. Example: “Tom’s work is every bit as good as Mark’s.”

do your bit: contribute your share of effort. Example: “We all need to do our bit to combat climate change.”

Bit is such a common word in English, we bet you can find examples of it almost everywhere, but we like Janis Joplin’s song “Try (Just a Little Bit Harder),” so we thought we’d share that with you.

A bit part is a very small role in a play, TV show, or film. Some actors make a whole career of playing bit parts, but many actors start out playing bit parts before becoming famous. Here is a clip of Jennifer Lawrence, now world-famous for her role in the Hunger Games movies, in her first ever role, a bit part on the American TV show Monk:

The noun bit, meaning ‘a piece bitten off,’ dates back to around the year 1000. It is related to the English verb bite (bitan in Old English), which dates back to before the year 900, and comes from the Proto-Germanic biton. This is also the source of the Old Saxon biti, the Old Norse bit, the Old Frisian bite, the Middle Dutch bete, and the Old High German bizzo (all meaning ‘biting’), as well as the German Bissen (a bite, morsel). It can be traced further back to the Proto-Indo-European root bheid-, ‘to split.’ The Old English bite, a noun that meant ‘the act of biting’ and bita, a noun that meant ‘a piece bitten off,’ (the latter became bite in Middle English), are the origin of the Modern English noun bite (‘the act of biting,’ and ‘a piece bitten off’), as well as the various meanings of bit. The original meaning, ‘a piece bitten off or a morsel,’ expanded to mean ‘a small piece’ around the year 1200, and bit was first used to mean ‘the mouthpiece on a horse’s bridle’ in the mid-14th century, and ‘the boring part of a drill’ in the late 16th century. The meanings ‘a fragment of something’ and ‘a short time’ are both from the 17th century. The computer meaning is a contraction of binary digit, and was first used by American computing pioneer John W. Tukey in the 1940s, probably because the contraction also related to the meaning ‘a small part or fragment.’

See full definition
Learn more about bit in our forums

Bit in other languages