Intermediate+ Word of the Day: shaft 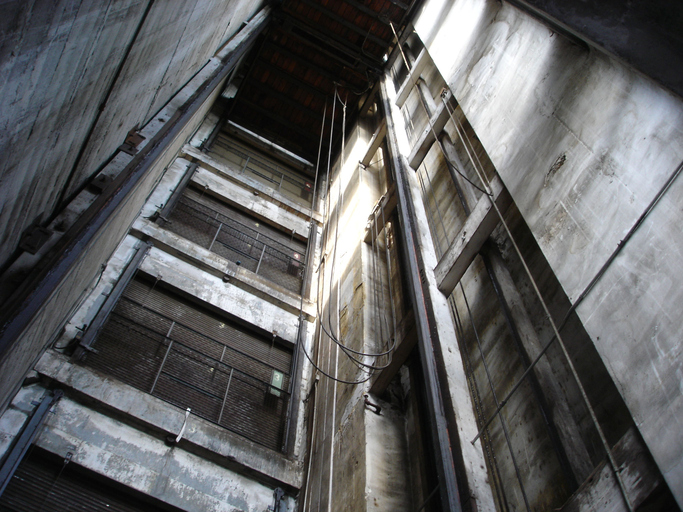 A shaft is long stick used on weapons like arrows or lances. Figuratively, a shaft is something aimed at someone in order to attack them. A ray of light is also called a shaft. In construction, a shaft is a vertical passage or other enclosed space, like the one for an elevator or going down into a mine. In US slang, shaft means ‘hard or unfair treatment.’ The verb sense is related to this and, in both US and UK English, it means ‘to treat someone in a dishonest way.’

elevator shaft (US), lift shaft (UK): the vertical opening that the elevator goes up and down inside. Example: “If you get stuck in an elevator, don’t try to open the doors as you could fall down the elevator shaft.”

There is a famous movie called Shaft, directed by Gordon Parks, which came out in 1971. It starred Richard Roundtree as John Shaft, a private detective. The film is based on a novel in which John Shaft is white, but Parks decided to cast Roundtree, a black actor, in the role. The movie is considered a prime example of the blaxploitation genre (a movie that depicts black stereotypes). Although the representation of blackness in the movie is not seen as authentic, it was hugely instrumental in making it easier for actors and actresses of color to get roles in Hollywood. The movie was remade in 2000, starring Samuel L. Jackson. You can see a clip from the original here:

Shaft is also vulgar slang for ‘penis,’ and it is possible that the verb meaning may have come from this sense.

The movie Shaft also helped advance the careers of people of color behind the scenes. In 1972, Isaac Hayes became the first African American to win an Academy Award for Best Original Song, for “The Theme From Shaft.” He was only the third African American ever to win an Oscar (the two previous ones had been for supporting actor and actress roles).

Shaft dates back to before the year 1000. The Old and Middle English noun sceaf (pronounced as we would pronounce shaft today), originally meant ‘long, slender rod, staff or pole,’ as well as ‘spear-shaft,’ and, by extension, ‘spear.’ It comes from the Proto-Germanic word skaftaz, which is also the origin for the German Schaft, the Dutch schacht and the Old Norse skapt. It can be traced further back, to the Proto-Indo-European root (s)kep-, which meant ‘to cut or scrape.’ This is likely the origin of the Latin word for shaft, scāpus, and the Greek word skêptron (scepter), as well as other English words, such as scrape and shave. The meaning ‘ray of light’ first appeared around the year 1300, and the sense ‘arrow’ is from the early 14th century. The other important nominal meaning, ‘a long narrow passageway,’ usually into the ground, is from the early 15th century, and appears to be an extension of the original meaning, though some linguists think it may have been a separate Old English word that came from the same Proto-Germanic origin. Shaft has been used as vulgar slang for ‘penis’ since the early 18th century, and it is likely that the other slang meaning, ‘hard or unfair treatment,’ and its related verb, come from this sense.

See full definition
Learn more about shaft in our forums

Shaft in other languages

Intermediate+ Word of the day: wide