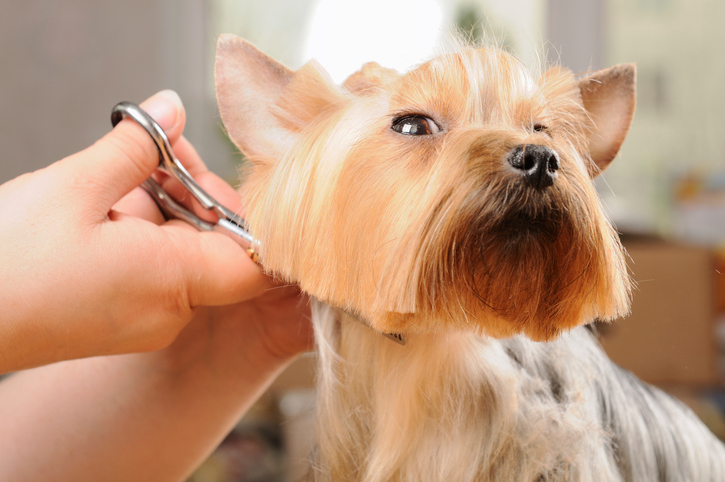 Groom is a shortened version of bridegroom–a man who is about to get married or just got married. A groom is also someone whose job is to look after horses. As a verb, to groom means ‘to brush or clean an animal’ and it is also what animals do to each other or to themselves when they remove dirt or parasites from their fur or skin. It can also be used to describe people making themselves neat and tidy. When talking about people, to groom also means ‘to prepare for a position or a specific purpose or task.’

groomsman: a man attending on the groom at a wedding. Every groom will normally have at least one groomsman (the best man), but some may have several groomsmen who will help to ensure that the groom is prepared for the wedding and that everything goes smoothly on the day. The female version of this is a bridesmaid (and the maid of honor is the most important one).

There are many wedding traditions associated with the bride, but the groom’s main responsibility is to get to the church on time, which is the subject of this song from the musical My Fair Lady.

If the lyric ‘Get me to the church on time’ seems familiar to you from somewhere else, it may well be from David Bowie’s 1983 hit song “Modern Love,” which you can listen to here:

These days groom also has another more sinister meaning. It is the word used to describe the behavior of sexual predators who befriend vulnerable people, often children, online or in person, and gradually gain their trust in order to abuse them.

Groom dates back to the late 12th century, when the Middle English grome originally meant ‘boy, male child.’ The meaning expanded around the year 1300 to ‘young man,’ as well as ‘male servant or attendant,’ a ‘minor officer in a royal or noble household, higher than a page,’ and ‘a knight’s squire.’ Its origin is unknown, and there are no clearly related words in other Germanic languages. Some think it may be from an unrecorded word in Old English, possibly grom or groma, related to the verb growan (to grow) and the noun goma (man). Others believe it is related to the Old French word grommet (boy, young man in service, or serving man). The specific meaning we use today, a ‘servant who cares for horses and stables’ is from the mid-17th century, and is a narrowing of the ‘male servant’ meaning. When groom was used for any male servant, the one who cared for the horses was the horse-groom, or the Groom of the Stable in a royal or noble household. Groom, meaning the husband-to-be (and sometimes the new husband), dates back to around the year 1600, and is short for bridegroom. Bridegroom dates back to before the year 900, as the Old English brydgoma, which is formed by combining bryd (woman to be married or just married) with goma (man). It is thought that, as the language evolved, goma was changed for groom in the 16th century, due to the influence of the meaning of groom (young man). The verb groom comes from the noun (specifically the meaning ‘person who cares for horses’), and dates back to the early 19th century, originally meaning ‘to care for and feed.’ The meaning extended to include caring for oneself in the late 19th century.

See full definition
Learn more about groom in our forums

Groom in other languages