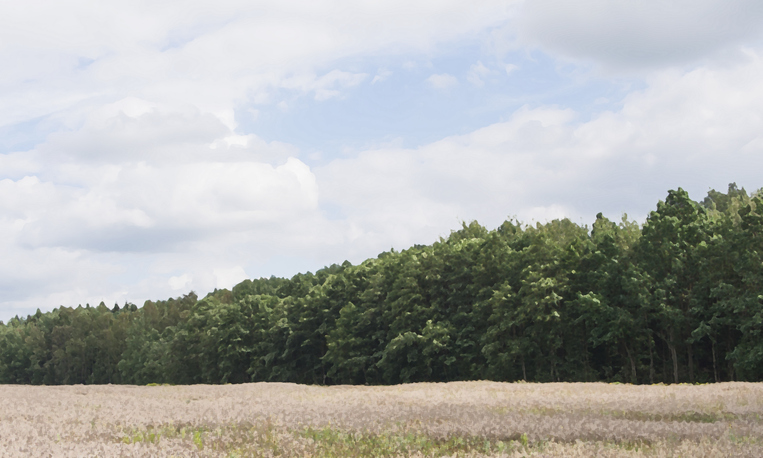 This picture was taken at the verge of a forest.

Acclaimed Spanish filmmaker Pedro Almodovar made a film entitled Women on the Verge of a Nervous Breakdown. You can watch the US trailer for the film here:

In UK English, a verge is also a narrow strip of ground, usually grassed, next to a road. Example: “We pulled over onto the verge to let the ambulance pass us.”

Saying something is on the verge of happening is another way of saying that it is about to happen. In this sense, “on the verge of” and “about to” are completely interchangeable. Example: “Lucille was on the verge of quitting her job when she was promoted to sales manager.”

Verge dates back to the mid-14th century, when the Middle English verge meant ‘penis,’ though this sense disappeared in less than 100 years. Verge reappeared in the mid-15th century, now meaning ‘shaft, column, or rod.’ It comes from the Middle French verge, meaning ‘rod,’ and the Old French verge, which could mean ‘twig or branch,’ ‘measuring rod,’ ‘penis,’ or ‘rod or wand of office’ (this last sense is the origin for the figurative sense meaning ‘boundary or jurisdiction,’ symbolized by a steward’s rod). It can be traced back to the Latin noun virga (shoot, rod, stick or branch). The Modern English sense (edge or border) comes from the idea of within the verge, as in under the jurisdiction of the rod, which was then taken to mean the border around this jurisdiction. The sense ‘the point at which something will happen’ first appeared around the year 1600. The verb verge (to tend or incline) is unrelated to the noun. It dates back to around the year 1600, and comes from the Latin vergere (to turn, bend, be inclined). It can be traced back to the Proto-Indo-European root wer-, meaning ‘to turn or to bend.’ Influenced by the noun, it soon added the meaning ‘to provide with a border’ in the early 17th century, and ‘to be adjacent to’ in the late 18th century.

See full definition
Learn more about verge in our forums

Verge in other languages