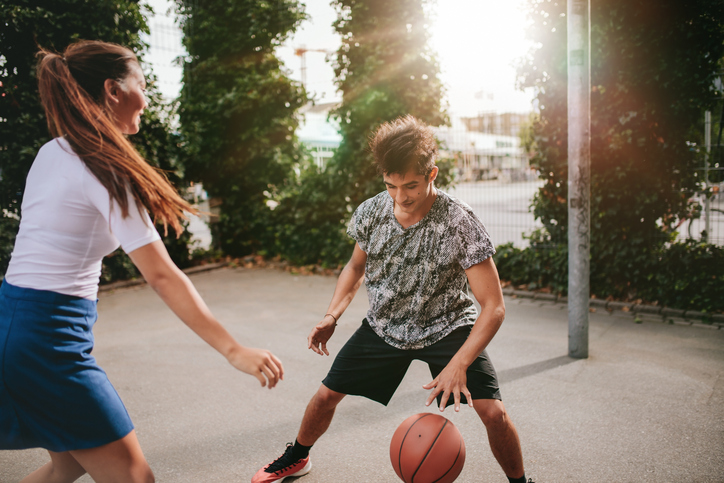 To dribble means ‘to flow in drops‘ and, if you’re talking about a person or animal, it means they have saliva trickling from their mouth. In sports, to dribble is ‘to move a ball or hockey puck along by bouncing or by giving it a series of short kicks or pushes.’ As a noun, a dribble is a small stream or drop falling and, more broadly, a small quantity of anything. It can also be saliva coming out of the mouth and, in sports, the act of dribbling.

A dribble is just a very small amount of liquid and one thing you definitely don’t want just to dribble is a shower. We managed to find a song about just that. Here is American punk rock/ska punk band Goldfinger with “My Girlfriend’s Shower Sucks”:

There are lots of sports where dribbling skills are very useful. One sportsman who was famous for his dribbling skills was Northern Irish soccer player George Best. You can watch a video clip of some of his best dribbling moments here:

Dribble dates back to the mid-16th century. It is a frequentative of a verb we no longer use, drib (although we do have the expression in dribs and drabs). In other words, dribble is to drib many times, or constantly. Drib itself is from the early 16th century, and is probably a variation of the verb drip. It has been used figuratively in soccer since the mid-19th century, and this use extended to other sports by the late 19th century. The noun comes from the verb, and dates back to the mid-17th century.

See full definition
Learn more about dribble in our forums

Dribble in other languages