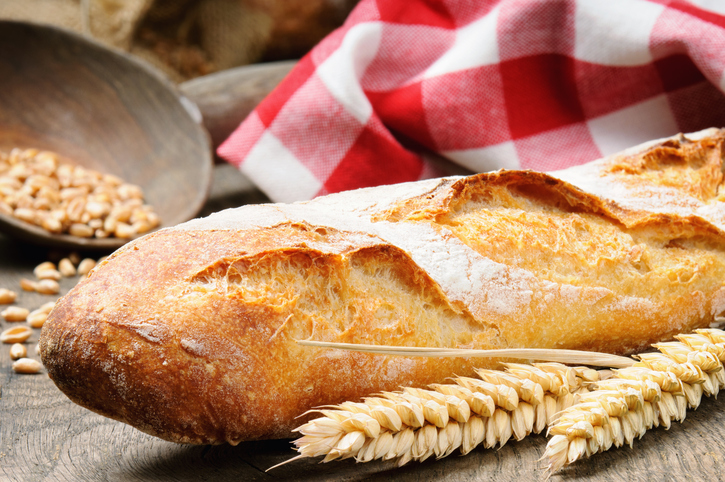 If you wait until tomorrow to eat this baguette, it will be stale.

When we say that something is stale we mean that it is not fresh and, especially when talking about bread, we mean that it is dry and hard. Stale can also mean ‘smelling of mold.’ If we talk about a joke or an expression, stale means ‘too familiar, lacking freshness.’ This last sense is used more broadly to talk about anything that lacks freshness, such as something or someone that is no longer interesting. As a verb, stale means ‘to make or become stale.’

Stalemate is a chess term which means that neither player can make a move without breaking the rules. Figuratively, stalemate is used to describe a situation where no progress is possible. Example: “A resolution to the crisis now seems impossible after talks between the two opposing sides ended in a stalemate.”

Obviously, no artist would want their songs described as stale, but we did manage to find a song with the word stale in the lyrics. Here is the Arctic Monkeys song “Perhaps Vampires is a Bit Strong But….” Before you hear the lyrics, it sounds like there is a verb agreement mistake in the title because we would normally say “are.” Why do you think they gave the song this title?

Listen for the lyric “all your stories are stale” in the chorus.

You don’t have to throw bread out when it gets stale. Here are some hacks to help you revive your stale bread:

Stale dates back to the early 13th century, when the Middle English adjective stale meant ‘free from dregs or lees’ (in reference to wine or beer). This used to be desirable, since it meant that the drinks had stood long enough to be clear. It is related to the Middle Dutch stel (stale beer or urine). It probably came into English from the Frankish stall (position), and the Old French estal (placed, fixed position), though its origin is in the Proto-Indo-European root stā- (to stand). It came to mean ‘not fresh’ in the late 15th century, and has been used figuratively in this sense since the 16th century. The verb, which dates back to mid-15th century, comes from the verb.

See full definition
Learn more about stale in our forums

Stale in other languages