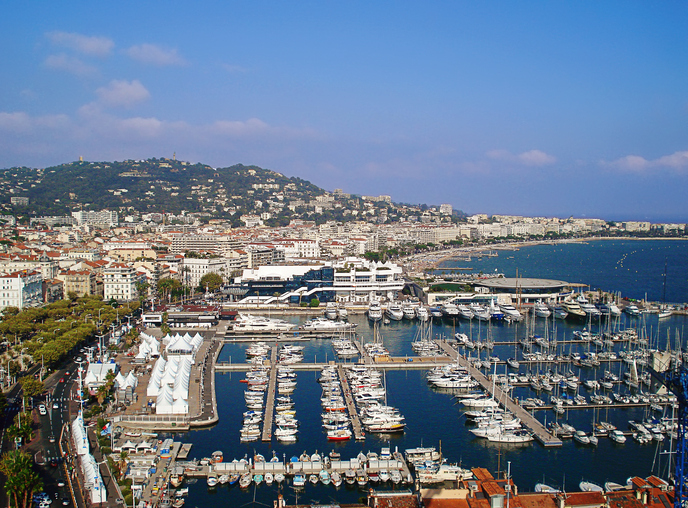 As a noun, a harbor is a body of water deep enough to anchor a ship and that protects ships from wind and weather. This can be a natural or an artificial body of water. Figuratively, a harbor is any place that provides shelter or safety. As a verb, therefore, it means ‘to give shelter to’ and also ‘to hide,’ but it can also mean ‘to keep something or hold it in mind,’ as a harbor holds ships.

One of the most popular shows on UK television over the last couple of years has been Poldark, a drama series set in the eighteenth century in Cornwall—a peninsula in South West England, surrounded by sea and so a place with many harbors. In the last season, the main character, Ross Poldark, had to rescue his wife Demelza. When she was heavily pregnant, she had taken a boat out fishing and gone into labor as a storm was coming. Here you can see some clips from the scene, shot in a natural harbor formed by the land and cliffs curving around it. You will also see the actors who play the characters talking about the difficulties of filming it.

The event that led to the US joining the Second World War was an attack by the Japanese military on Pearl Harbor in Hawaii, on December 7th, 1941. Here is a news report on the attack from the time:

Note that the newsreader refers to the Japanese several times as “the Japs” or uses “Jap” as an adjective in place of “Japanese.” These terms are pejorative and now considered offensive, but they are being used quite deliberately here as the newsreader is referring to his country’s enemy.

Harbor dates back to before the year 1150. The Old English here-beorg (West Saxon dialect) or here-berg (Anglian dialect) originally meant ‘lodgings or quarters,’ and was made up of the two words here (army) and (ge)beorg (refuge). It later became the Middle English herber(we) or herberge, meaning ‘quarters or lodgings,’ as well as ‘temporary dwelling,’ before the spelling simplified to the form we recognize today. It can be traced back to the Proto-Germanic compound harja-bergaz ‘shelter, lodgings,’ from heri (army or host) and burzjan- (protection, shelter). The meaning we use it for now, ‘a shelter for ships,’ is a specialization of the original, broader meaning. The verb comes from the noun, but it has been around just as long. The Old English herebeorgian (later the Middle English herbergen) originally meant ‘to take up quarters, lodge, or shelter yourself.’ The sense ‘to give shelter to, or protect someone’ dates back to the mid-14th century. The figurative sense, to have thoughts, first appeared in the late 14th century. Both the noun and the verb are related to the Old Norse herbergi ‘room, lodgings or quarters,’ as well as the Old Norse herbergja, the Old High German heribergon and the Middle Dutch herbergen (all meaning ‘to harbor’).

See full definition
Learn more about harbor in our forums

Harbor in other languages