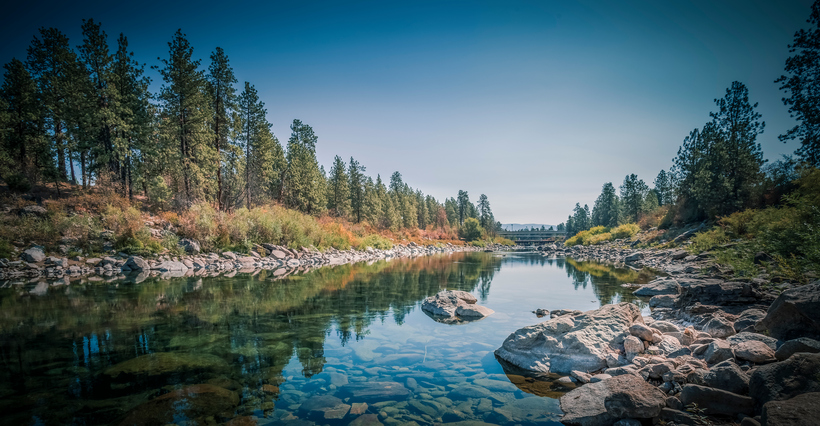 In US English, a creek is a stream, smaller than a river. In UK English, it’s a place where the sea runs some way inland along a narrow passage or a tidal estuary. Unrelatedly, a Creek, with a capital letter, is a member of a confederacy of North American Indians who, in historical times, occupied the greater part of Alabama and Georgia. It is also their language (which is also called Muskogee).

Dawson’s Creek is the title of a US teen drama show that ran from 1998 to 2003. You can watch the trailer here:

Don’t confuse creek with creak. They sound the same, but creak is a short squeaking sound, like the noise floorboards sometimes make when you stand on them. So, if you are traveling in a wooden boat, it is possible that your boat’s timbers (pieces of wood) may creak as you navigate the creek.

Creek dates back to the early 13th century, when the Middle English creke, crike or even kryk, meaning ‘a narrow inlet in a coastline,’ made it into the common language (it had appeared in the names of places since the early 12th century). It probably comes from the Old Norse kriki (bend or crook), and may also have been influenced by the Anglo-French crique, which, in turn, may have come from a Scandinavian language. Many linguists think it is related to the word crook, with the original idea of something full of bends and turns. It is likely related to the Swedish dialect krik (‘corner or bend,’ as well as ‘creek or cove’). The original meaning was extended to ‘inlet or short arm of a river’ in the mid-16th century, and the US meaning of ‘small brook or stream’ evolved from there in the early 17th century. Creek is also used to mean ‘branch of a main river’ in the US, Canada, Australia, and New Zealand. Creek, the Native American confederation, was given this name in 1725, due to the geographical feature. It is an abbreviation of Ochese Creek Indians, after the place in Georgia where they were first encountered. Their native name is Muskogee and is of uncertain origin.

See full definition
Learn more about creek in our forums

Creek in other languages