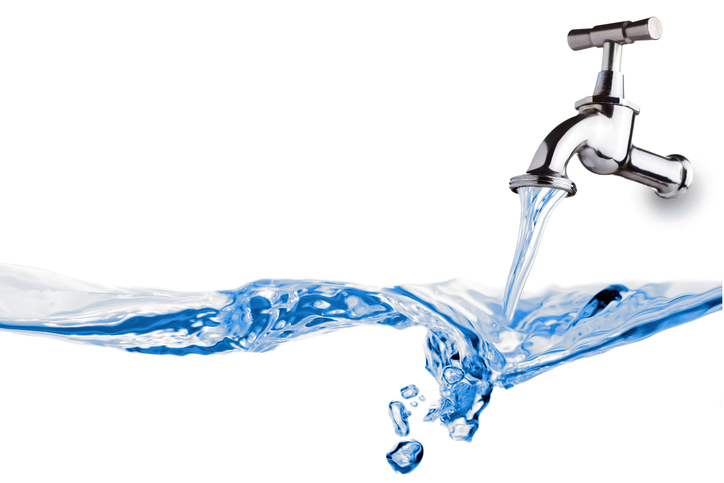 Water flowing from a faucet

Flow is what water does, ‘to move in a stream.’ It also means ‘to rise and advance,’ like tides do, or ‘to circulate,’ like blood does through our veins. Figuratively, it means ‘to proceed continuously and easily,’ ‘to come from a source’ and also ‘to abound.’ In addition, it means ‘to hang loosely.’ As a noun, a flow is the act of flowing, the rise of the tide, and the movement or circulation of things. A flow is also an outpouring of something and, in physics, the transference of energy.

go with the flow: not fight against the general current of events. Example: “Bridget wasn’t sure about doing what everyone else wanted to do, but in the end she decided just to go with the flow.”

flow chart: a diagram showing a sequence of actions for a process or activity. Example: “This flow chart will help you decide whether or not you can fix the problem yourself.”

Sade released a song called “Flow” in 2000, you can listen to it and read the lyrics here:

Flow is also used to talk about the amount of menstrual blood a woman loses during her period. You will sometimes find that sanitary products will mention light flow (not very much blood) or heavy flow (a lot). Because of this, a rather sweet, if a little dated, euphemism for a woman’s menstrual period is “Aunt Flo” or “Aunt Flow” (Flo is a shortened version of the woman’s name Florence). So, someone might say “Aunt Flo’s in town at the moment” or “Aunt Flow’s visiting.”

Flow dates back to before the year 900. The Old English verb flōwan, which became the Middle English verb flowen, meant ‘to flow, stream or issue,’ as well as ‘to become liquid or melt’ and ‘to overflow or abound.’ It comes from the Proto-Germanic verb flowan (to flow), and is related to the Middle Dutch vloyen, and the Dutch vloeien or vloeijen (to flow), the Old Norse floa (to deluge) and the Old High German flouwen (to rinse or wash). It probably originated in the Proto-Indo-European root pleu-, ‘to flow or float,’ which is also the origin of the Latin verb plovere, the source of the English adjective pluvial and many Romance-language words related to water and rain. The noun comes from the verb, and dates back to the mid-15th century. It originally meant ‘the act of flowing,’ but the meaning expanded to ‘the amount that flows’ in the early 19th century. It has been used figuratively, to mean any strong, progressive movement, comparing it to the flow of a river, since the mid-17th century. The concept of the flow chart dates back to the 1920s.

See full definition
Learn more about flow in our forums

Flow in other languages