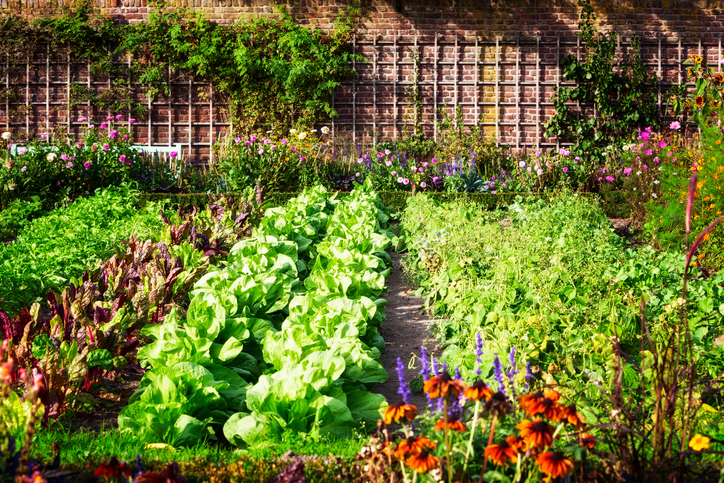 Spring is the time to start planting your vegetable plot.

A plot is a secret plan made to achieve some purpose. In literature or film, the plot is the main storyline of a novel or movie. A plot is also a small piece of land and a map or any graphic representation of a piece of land or a building or a nautical chart and, most commonly now, a representation of the movement of a ship or aircraft on such a chart. As a verb, to plot means ‘to plan secretly,’ ‘to write or plan a storyline,’ ‘to mark the course of a ship or aircraft on a map,’ or ‘to mark out points on a graph.’

Of course, pop culture is full of plots—every movie has one, but something else that some movies and books have is a plot hole. Plot holes are elements of the plot that simply don’t make sense. Here is a video showing you some of the plot holes in some very famous movies:

In show business, a plot is also a list, timetable, or scheme that deals with any of the arrangements for a play or movie. So, for example, the property plot would say what all of the play or movie’s props (props—short for properties—are all the objects or pieces of furniture used in the production) are and where they should be when. This is quite important in order to make sure that a set looks the same in every scene you shoot.

Plot dates back to before the year 1100. The Old English noun plot, which originally meant ‘a small piece of land,’ has remained unchanged throughout history, though it has certainly taken on more senses. The sense of ‘ground plan,’ which quickly expanded to ‘chart or map’ is from the mid-16th century. The sense of a secret plan or scheme dates back to around the 1580s, and possibly appeared because of the word’s similarity to the French complot. The literature and film sense (storyline) is from the mid-17th century. The verb comes from the noun, and (meaning ‘to lay plans for something’) dates back to the late 16th century. The meaning ‘to make a plan or diagram’ appeared just a few years later.

See full definition
Learn more about plot in our forums

Plot in other languages