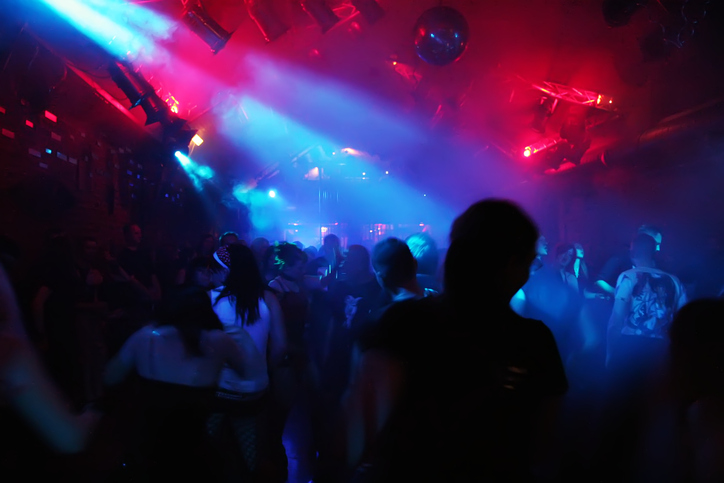 To rave means ‘to talk irrationally’ or ‘to talk or write enthusiastically about something.’ As a noun, it’s an enthusiastic appraisal or review of something and the act of raving and, as an adjective, it means ‘enthusiastic.’ Informally, a rave is a wild and often illegally held party where electronic dance music is played.

In the 1950s and 60s in the UK, a rave was an informal term for any wild party and the people who went to them were known as ravers. However, the term fell out of popular usage after the ’60s and did not reappear until the late ’80s, when it started being used to describe the large dance parties that were part of the acid house culture. In the early days, raves were often held illegally in empty warehouses or other such venues or even in fields in the countryside. A rave features a seamless (that means there are no gaps) stream of electronic dance music. They reached their peak of popularity in the 1990s, but still continue today (although now they are more likely to be legal, highly organized events, held at nightclubs, than illegal underground ones). Raves are strongly associated with drug-taking, but not everyone who goes to raves take drugs; some people just go for the music and dancing. If you’d like to know more about raves, here is a video made by a rave enthusiast to explain about the different music genres and the culture:

When talking about the wind, a storm, or the sea, rave can also mean ‘to make a furious roaring sound,’ but this is now rare and the verb rage would be more common with this meaning.

There is even a board game called Rave, created in 1991, by WOW Enterprises, and based on the dance movement.

Rave dates back to the early 14th century. The Middle English verb raven, which originally meant ‘to show signs of madness or delirium,’ came from the Middle French verb resver (to wander or be delirious). Its origin beyond that is unknown. Coincidentally, an identical verb, raven, appeared in Scottish and northern dialect around the same time, though in this case, it meant ‘to wander or stray.’ It is probably unrelated, and came from Scandinavian origins. Nowadays, they are considered one verb, and the meaning has evolved to a figurative sense, either ‘to talk irrationally or angrily,’ or to ‘talk enthusiastically or excitedly.’ The noun comes from the verb, and first appeared in the late 16th century, meaning ‘the act of raving.’ The sense ‘popular enthusiasm’ is from the early 20th century, and ‘flattering or highly positive review’ is from the 1920s. The party sense is originally UK slang from the 1940s, but we now identify it with the type of dance party from the 1990s.

See full definition
Learn more about rave in our forums

Rave in other languages