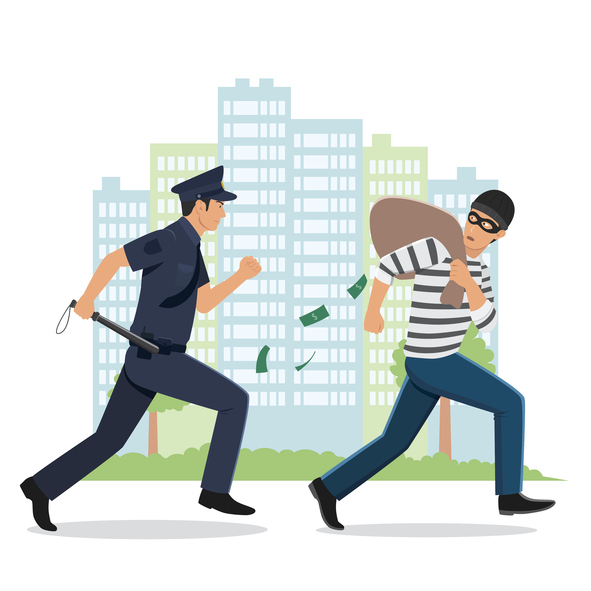 A police officer gaining on an escaping thief

To gain means ‘to get something desired,’ ‘to improve, or advance,’ ‘to obtain as a profit,’ and ‘to make someone share your point of view.’ If a clock or watch gains time, it means that it runs fast. Gain also means ‘to arrive at one’s destination.’ A gain is an increase or a profit or advantage. Gains, always in the plural, are winnings.

gain time: find a way to give yourself extra time to do something. Example: “The politician didn’t know how to answer the question, so she tried to gain time by changing the subject.”

gain ground: progress or advance. Example: “For a long time, it looked as if the new software would never be able to compete with the popular old programs, but now it is gaining ground.”

gain on, gain upon: catch up with. Example: “That athlete started the race badly, but now he’s gaining on the others.”

The expression “no pain, no gain” was first coined by Benjamin Franklin in 1734 (as “There are no gains without pains”), but became particularly popular in its modern form as a motivational phrase used by exercise gurus of the 1980s. You can hear the expression being used in this clip from the 1987 movie Superman IV where Superman goes to the gym as his alter ego Clark Kent:

The expression is also used in other contexts, to suggest that anything you really want is worth making an effort for.

In carpentry, a gain is also a notch cut in a piece of wood for another piece to slot into or to fit a hinge into.

Gain dates back to the mid-15th century. The noun, meaning ‘something that has been acquired,’ comes from the Middle French gain and the Old French gaaigne (which meant ‘profit, advantage or gain,’ as well as ‘work or business,’ ‘booty or prey’ and even ‘arable land’). While only a few of those meanings made it into the English gain, there was another related word in Late Middle English, gainage, which meant ‘profit from farming’ (late 14th century), with its related words gaineier (farmer) and gainerie (farm).The meaning ‘an increase,’ such as in weight gain, is from the mid-19th century. The verb, meaning ‘obtain as profit,’ which first appeared in English in the early 16th century, took the same path as the noun: it comes from the Middle French verb gagner, and the Old French gaaignier (‘to earn or gain,’ ‘to trade,’ and ‘to capture or win,’ as well as ‘to work in the fields or cultivate land’). The meaning ‘to obtain through effort’ is from the mid-16th century, and the intransitive sense ‘to profit’ is from the late 16th century. The meaning ‘to arrive’ somewhere is from around the year 1600, and ‘to gain ground’ first appeared in military use in the early 17th century. While the noun and the verb made their way into English through their respective Middle French counterparts, the Old French noun almost certainly comes from the verb. It can be traced back to the Frankish waidanjan (‘to hunt or forage,’ and ‘to graze or pasture’), from the Proto-Germanic waithanjan (to hunt or plunder). It can be traced back to the Proto-Indo-European root weie-, meaning ‘to go after, strive for or desire,’ and is related to the Old High German weidanōn (to hunt or forage for food), the Old English waþ (pronounced wath, with the th like thought, and meaning ‘hunting’), the German Weide (pasture) and the Old Norse veiðr (hunting, fishing).

See full definition
Learn more about gain in our forums

Gain in other languages