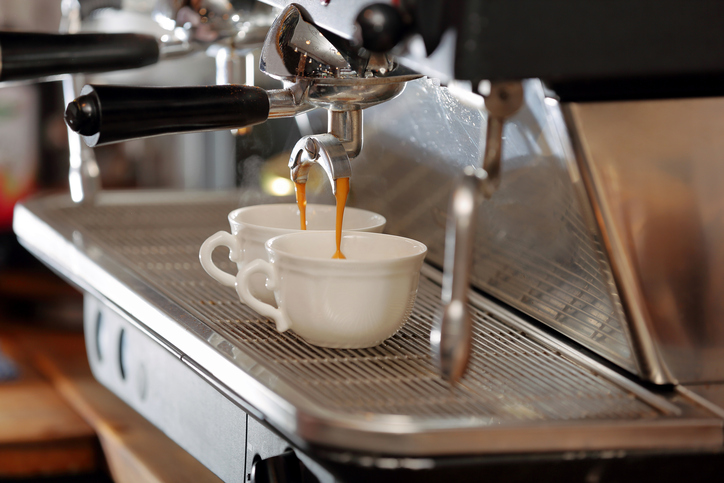 Water is seeped through ground coffee beans to make coffee.

To seep means ‘to flow or pass gradually’ through small openings or a porous surface, as water does, and also ‘to filter.’ In reference to ideas, methods, knowledge, or something similar, it means ‘to be introduced, or enter, in a slow manner.’ Seep also means ‘to spread.’ The noun is less commonly used, but a seep is a small place in the ground where liquid has come to the surface of the Earth and also the moisture that has seeped.

You can listen to the song “Light Seep” by English electronic music producer Bibio here:

In US English, a seep is also a place where oil seeps slowly out of the ground.

Don’t confuse seep with sip. A sip is a small mouthful of a liquid and is pronounced with a short i sound rather than the long e sound of seep.

Seep dates back to the late 18th century. It is a variant of sipe, which appeared around the year 1500, but can be traced back to the Old English verb sīpian (to seep). Its origin is Germanic, and can be traced back to the Proto-Germanic root sip-, and further back to the Proto-Indo-European root seid-, meaning ‘to pour out, drip or trickle.’ It is related to the Middle Low German sīpen, the Middle High German sīfen, and the Dutch sijpelen, all meaning ‘to seep or ooze’). It is also loosely related to the English word soap, through the Proto-Indo-European root. The noun comes from the verb, and dates back to around the year 1900, though it is rarely used.

See full definition
Learn more about seep in our forums

Seep in other languages