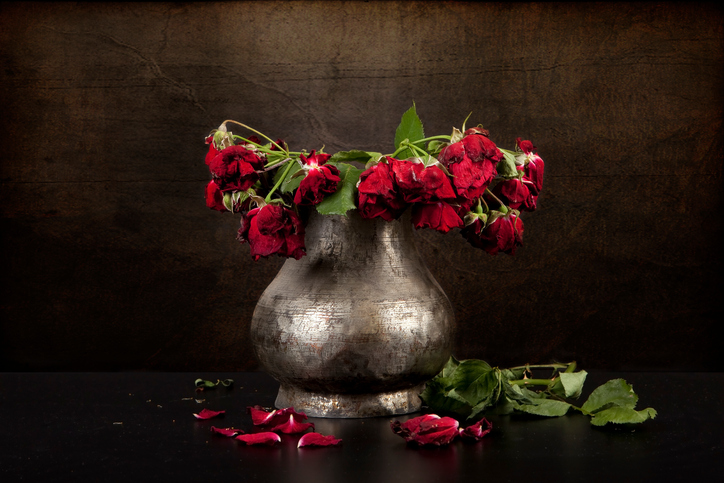 Flowers will droop if you don't give them water.

There is a famous cartoon dog called Droopy. As you can see when you look at him, he has a face with loose jowls (the lower parts of the cheeks) that droop and ears that droop too. His attitude also suggests that his spirits are drooping. However, as you can see in this clip, he doesn’t think he feels droopy:

In aeronautics, a droop-snoot or a droop-snooter is an aircraft whose nose slopes downward and is often adjustable too.

Droop dates back to the early 13th century, as the Middle English verb drupen or drowpen. It comes from the Old Norse drüpa, meaning ‘to drop,’ ‘to sink,’ or ‘to hang (your head).’ It can be traced back to the Proto-Germanic root drup-, and further back to the Proto-Indo-European root dhreu-. It is related to the Old English verb dropian (to drop), and therefore to the English words drop and drip. The noun comes from the verb, and was first used in the mid-17th century.

See full definition
Learn more about droop in our forums

Droop in other languages