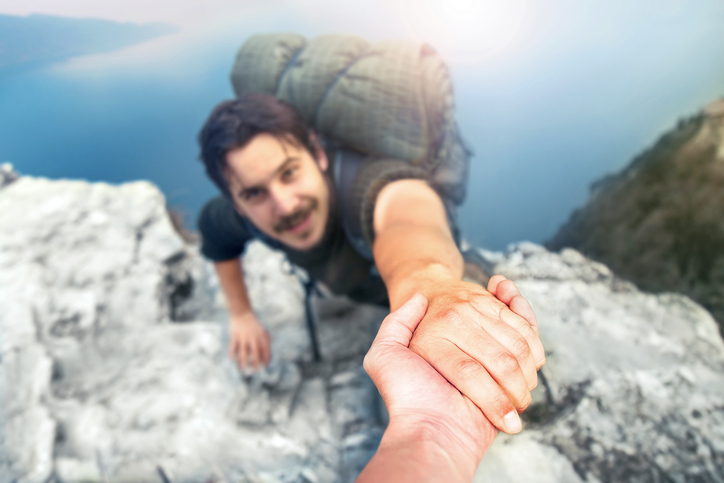 To haul means ‘to pull something hard’ or ‘drag it with force’ or to ‘carry or transport something.’ It also means ‘to take someone somewhere forcibly,’ particularly to court. As a noun, a haul is the action of dragging something, the load of something dragged at one time, and also the distance over which things are transported. Something taken or acquired, often illegally, is also called a haul.

haul off (US): to leave. Example: “The thieves hauled off in a hurry when the owner came back unexpectedly.”

long haul, short haul: either a long or short distance over which goods or passengers are transported. These expressions can also refer to a short or long time. Example: “The politician argued that the tax cut would benefit the economy over the long haul.”

You can listen to singer-songwriter Mark Knopfler’s song “Haul Away,” and read the lyrics, here:

The related noun haulage is the transport of goods by road and a person or company that does such work is a hauler, in US English, or a haulier, in UK English.

Don’t confuse haul with howl. They look similar but are pronounced differently and have very different meanings. A howl is a long cry, like the one a wolf makes, and to howl is to make that kind of noise.

Haul dates back to the late 16th century. The verb, meaning ‘to pull or draw by force’ is actually an alternate spelling of an earlier verb, hale, (also spelled hall or hawl), which dates back to around the year 1200, meant ‘to pull or draw,’ and was originally halen in Middle English. The spelling favored haul or hawl by the early 17th century, and was fixed to haul in the late 17th century. It comes from the Old French haler (to pull, tow or tug), but is originally from a Germanic source, possibly the Frankish halon or the Old Dutch halen. It can be traced back to the Proto-Germanic verb halon (to call) and the Proto-Indo-European root kele- (to shout). It is distantly related to the English word claim. The noun comes from the verb. Meaning the act of pulling, it dates back to the mid-17th century. The meaning ‘something gained’ is from the late 18th century, originally a figurative use based on the notion of the amount of fish pulled up in a net.

See full definition
Learn more about haul in our forums

Haul in other languages

Intermediate+ Word of the Day: flay