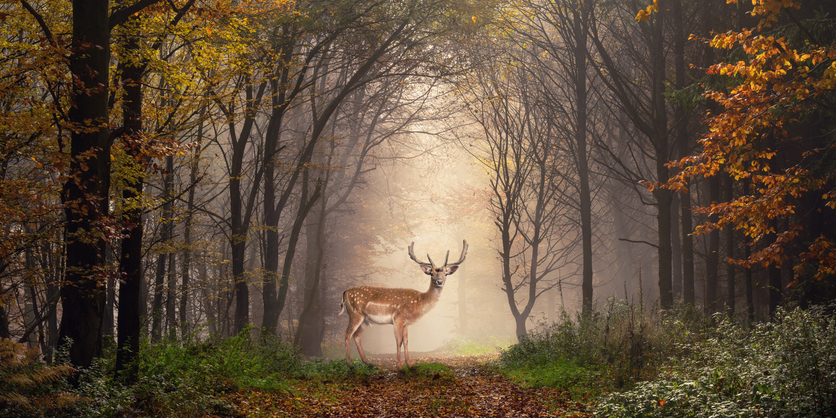 A buck is the male of an antelope, deer, rabbit and other animals and, in US English, the skin of buck deer used as leather (in UK English, this would be “buckskin,” which can also be used in US English). Also in US English, shoes made with buckskin are called bucks. Figuratively, we can call a young and spirited man a buck, although this sense is now dated. As a verb, if an animal bucks, it means that it leaps with its back arched and lands with its head low and its forelegs stiff, as horses do. It also means that it throws, or tries to throw, its rider. If a vehicle bucks, it means that it travels along unevenly. Informally, to buck means ‘to resist or oppose something stubbornly’ and, in US English, ‘to force your way through obstacles.’ You may already know that buck is also an informal word for dollar. You can use it for both US and Australian dollars.

buck up: make or become more cheerful. Example: “Come on, buck up; things aren’t as bad as all that.”

buck for (US): strive for. Example: “Erika is bucking for a raise.”

buck naked: completely naked. Example: “Louis’s towel fell off and he found himself standing buck naked in front of his girlfriend’s parents!”

buck the/a trend: be different from the norm. Example: “Local businesses have been losing money since the financial crisis, but somehow this new restaurant is bucking the trend and making great profits.”

In Australian English, a bucks night or bucks party is a party that a man has with his male friends before he gets married (in UK English, this is a stag night, stag party, or stag do and, in US English, it is a bachelor party). Here is a promo clip from the popular Aussie daytime soap Neighbours about the proposed bucks night for one of the show’s longest-standing characters:

In poker, a buck is also an object given to the player whose turn it is to deal next. This was a custom started in the 19th century to avoid disputes about whose turn it was. Arising out of this sense is the idea of a buck as a final responsibility, usually in the expression “the buck stops here,” meaning that you take ultimate responsibility for something, or the expression “pass the buck,” meaning ‘to pass the responsibility onto someone else.’ In US English buck, in this sense, can also be used as a verb, meaning ‘to pass something along to another as to avoid responsibility.’

Buck dates back to before the year 1000. The Old English bucca (Middle English bukke) originally meant male goat. Its meaning expanded to other animals, and in particular male deer, near the end of the 13th century. It can be traced back to the Proto-Germanic bukkon, which probably comes from the Proto-Indo-European root bhugo-, though some linguists believe it actually originated in a lost pre-Germanic language. It is related to the Old Saxon buck, the Middle Dutch boc, the Dutch bok, the Old High German boc, the German Bock and Old Norse bokkr, all meaning ‘buck,’ as well as the Avestan buza (buck or goat) and the Armenian buc (lamb). The American and Australian slang for dollar appeared in the mid-19th century. It is thought to come from buckskin, which was used to trade between Indians and Europeans in the frontier days (buck meaning ‘buckskin’ was first used in the mid-18th century, in the same context). The verb, meaning ‘to jump like a buck,’ dates back to the mid-19th century, and comes from the noun. The expression buck up is from the 1940s.

See full definition
Learn more about buck in our forums

Buck in other languages