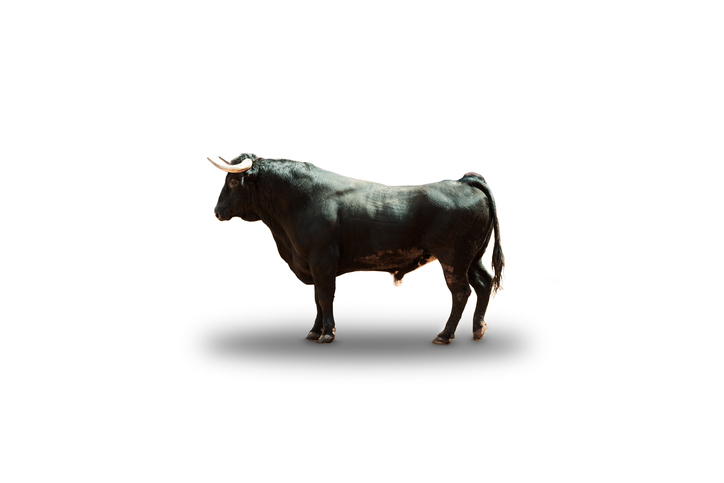 A bull is, as you may know, the male of a cow and it is also a male elephant or moose. In religion, a bull is a document issued by the pope. Unrelatedly, and as a slang term, bull is a synonym for ‘lies’ or ‘exaggerations’ and, in US English, if you bull someone, it means that you try to impress them by telling lies.

shoot the bull (US): talk aimlessly. Example: “The old men just sat around in the bar every day, shooting the bull.”

Bull-runs are traditional events in some countries. They involve people running through the streets of a town with bulls. Obviously, bull-running can be very dangerous for the people, as you can see in this video clip:

Traditionally, it would be the young men of the town who would take part in these events, as a way of proving their manhood. However, now such events attract many tourists. Not only are bull-runs dangerous for people, but they are now considered to be unkind to the bulls, who are frightened and stressed by the experience and a lot of people want to see them banned.

A castrated bull is called a “bullock” in UK English and a “steer” or “ox” in US English, where “bullock” just means a young bull.

In the world of finance, a bull is someone who believes that stock prices will increase. The opposite, someone who thinks prices will decrease, is called a bear. Bull and bear can also be used as adjectives—a bull market is a rising market and a bear market is a falling one.

Bull, meaning a ‘male bovine animal,’ dates back to the mid-12th century. The Middle English bule likely evolved from the Old English term bula, which meant ‘bull’ or ‘bullock,’ but it may also have come from the Old Norse buli, with the same meaning (this is why linguists hesitate to state that it dates back to before the year 900, as the Old English noun does). Both possible origin words come from the Proto-Germanic bullon, though again, there is controversy as to where that term originated. Some believe it is a variation on a Proto-Germanic verb stem meaning ‘to roar’ (and may also be the origin for the English word boulder), while others suggest the Proto-Indo-European root bhel- (to blow or swell). It is related to the Middle Dutch bulle, the Dutch bul and the German Bulle. By the 14th century, its meaning had narrowed to mean ‘an uncastrated male bovine animal,’ reared for breeding. By the late 17th century, the meaning expanded to the males of other animals, such as the elephant, moose or whale. The stock market sense first appeared in the early 18th century. The verb, originally meaning ‘to push through (like a bull)’ comes from the noun, but is rarely used. The unrelated term meaning ‘a document from the pope’ dates back to around the year 1300 and comes from the Medieval Latin bulla, meaning ‘sealed document.’ Finally, the slang term bull, which many think is a shortened (more polite) form of bullshit, actually dates back to the early 14th century. The Middle English bulle, originally meaning ‘false talk or fraud,’ comes from the Old French bole (deception, trick, or intrigue). The related verb, meaning ‘to mick or cheat,’ dates back to the mid-6th century.

See full definition
Learn more about bull in our forums

Bull in other languages