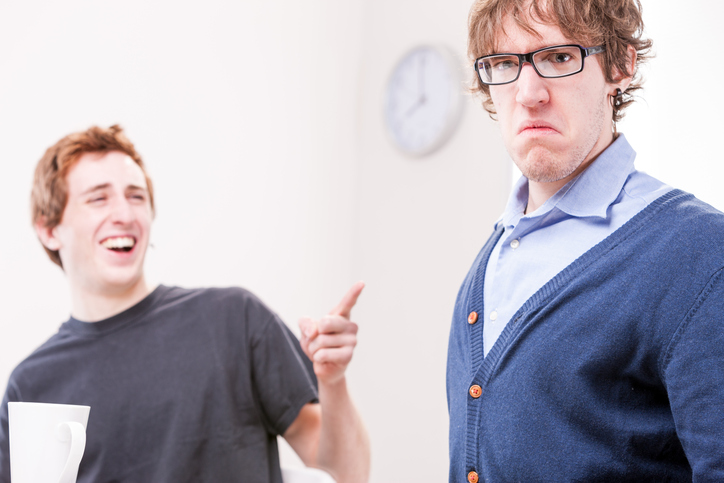 It's not nice to take the piss out of people.

Piss is the vulgar word we use for urine or the act of urinating. As a verb, it means ‘to urinate.’ But piss has many other meanings, depending on the adverb we use it with. For example, piss away means ‘to waste’ something, such as money, time, or an opportunity. In the UK, piss off means ‘to leave a place,’ but to piss someone off is to make them angry, in both the US and the UK. Mostly in the UK, people also use piss to intensify adjectives with a negative connotation.

piss into (or: against) the wind: do something that is useless or ineffectual. Example: “Many parents feel like talking to their teenage kids about being responsible and careful is like pissing in the wind.”

wouldn’t piss on someone if they were on fire: this is a way of expressing extreme dislike of a person. Example: “I can’t stand Kate; she’s so awful, I wouldn’t piss on her if she was on fire.”

piss down, piss with rain (UK): rain very heavily. Example: “The children were bored; they wanted to go outside to play, but it had been pissing down all day.”

Of course, telling someone to piss off is very rude. Watch this clip from popular British TV show The Inbetweeners, where a character sarcastically adds “please” to his piss off:

In UK English the piss can also refer to alcohol and drinking alcohol, so if you want to go out and get drunk, you might phone a friend and ask if he/she fancies going out on the piss with you. A session of heavy drinking is a piss up. Also in UK English, the related adjective pissed means drunk. Example: “Lindsay’s only had two glasses of wine and she’s already pissed!” In US English, if you say someone is pissed, it means they are angry (in UK English, we would say “pissed off,” which you can also use in US English).

If you say someone “doesn’t have a pot to piss in” that means that they are very poor. The expression comes from a time when urine was used to tan leather, so poor people would sell their urine to tanneries. However, in order to sell the urine, you had to be able to collect it, which meant having a pot that everyone in the house could piss in. If you were so poor you couldn’t afford to buy a pot, then you couldn’t collect and sell the urine and therefore wouldn’t even be able to enjoy the small amount of extra income.

Piss dates back to the late 13th century. The Middle English verb pissen (to urinate) came from the Old French pissier (to urinate), which in turn came from the Vulgar Latin verb pisiāre. Its origin is imitative, meaning that it formed from an imitation of the sound of urination. The noun comes from the verb, and dates back to the late 14th century. Its use as an intensifier dates back to World War II. Interestingly, almost all of the compounds, expressions and slang terms that use the word piss appeared in the mid-20th century. The few that didn’t, like pissing while (a short time), from the mid-16th century and piss-profet (someone who diagnosed diseases from inspecting your urine), from the early 17th century, are rarely used today.

See full definition
Learn more about piss in our forums

Piss in other languages