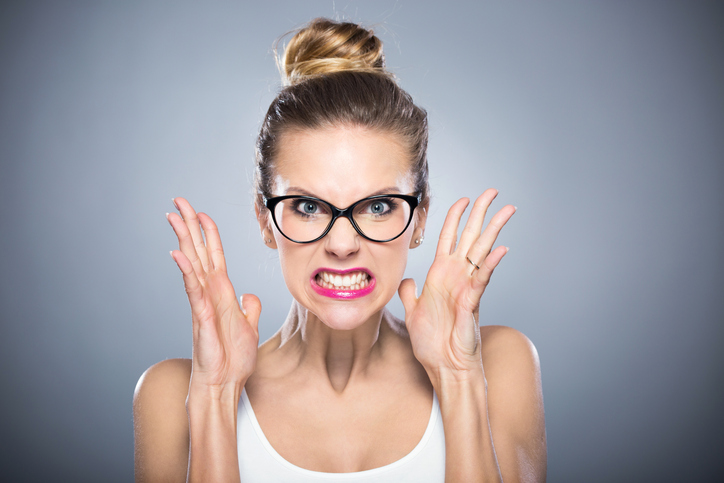 A cross is a figure with two lines drawn across each other and also a mark, usually an x. It’s also a Christian symbol. Figuratively, a cross is a cause of suffering or trouble, a person or thing having some characteristics of two different things or people. As a verb, to cross means ‘to move from one side to the other side of something,’ like a street, ‘to cancel by marking something with a cross or by drawing a line through a portion of text,’ in this sense it is always followed by out, off, or through. It also means ‘to meet or intersect,’ ‘to place across or on top of each other,’ like we do with our legs or arms, and ‘to oppose openly.’

cross your mind: occur to you. Example: “Your daughter is going to London? It’s just crossed my mind that a friend of mine knows someone there; I’ll ask for her email address.”

double-cross: deceive. Example: “The businessman went bust after his partner double-crossed him.” (In US English, you can also use the phrasal verb cross up with the same meaning, though it’s somewhat outdated.)

cross over: switch from one thing to another. Example: “The novelist managed to successfully cross over to writing poetry.” “That politician used to be left-wing, but he’s crossed over to the other side.”

As an adjective, cross means ‘bad tempered’ or ‘angry.’ This usage is much more common in the UK. Example: “Tania is cross today, because she didn’t sleep very well.” It can also mean ‘opposed, contrary or adverse,’ and, in this sense, is usually used in combination with a noun, such as “cross-purposes.”

The Red Cross or, more fully, the International Federation of Red Cross and Red Crescent Societies (IFRC) is an organization that provides humanitarian and medical assistance to people caught up in disasters or wars. You can learn more about the organization and its work by clicking here.

Cross dates back to before the year 1000. The Late Old English (and Middle English) noun cros originally meant ‘the instrument of Christ’s crucifixion,’ and therefore ‘the symbol of Christianity.’ It came into English from the Irish cros, which probably borrowed it from a Scandinavian source, such as the Old Norse kross. It can be traced back to the Latin crux, and some linguists believe its origin was Phoenician. It replaced the Old English word for cross, rood, and is related to the Italian croce, the French croix, the Spanish and Portuguese cruz, the Dutch kruis and the German Kreuz. The figurative meaning ‘suffering, torture or burden,’ especially in a religious sense, dates back to around the year 1200, as do ‘a small ornament in the shape of a cross,’ something resembling or in the form of a cross,’ and ‘a sign of the cross made with the right hand or fingers.’ By the 14th century, its meanings included ‘a crucifix,’ ‘a monument in the shape of a cross,’ ‘a cross formed by two lines drawn on a surface’ and ‘the shape of a cross with no religious connotations.’ The sense ‘mix of animal breeds’ is from the mid-18th century, and soon expanded to any combination of characteristics. The verb, originally meaning ‘to make the sign of the cross,’ dates back to around the year 1200. It comes from the noun, but probably due to the influence of the French verb croiser. The sense ‘to go across’ is from around the year 1400, while ‘to cancel by drawing crossed lines over’ dates back to the mid-15th century. The other meanings of the verb closely mirror those of the noun. The adjectives comes from an obsolete use of cross as an adverb (we now only use across), and dates back to the early 15th century. It originally meant ‘lying against the main direction,’ and around the year 1600, it came to mean ‘intersecting.’ The modern senses, ‘adverse, opposed or contrary,’ and of people, ‘ill-tempered, peevish or angry,’ were originally figurative and date back to the mid-17th century.

See full definition
Learn more about cross in our forums

Cross in other languages