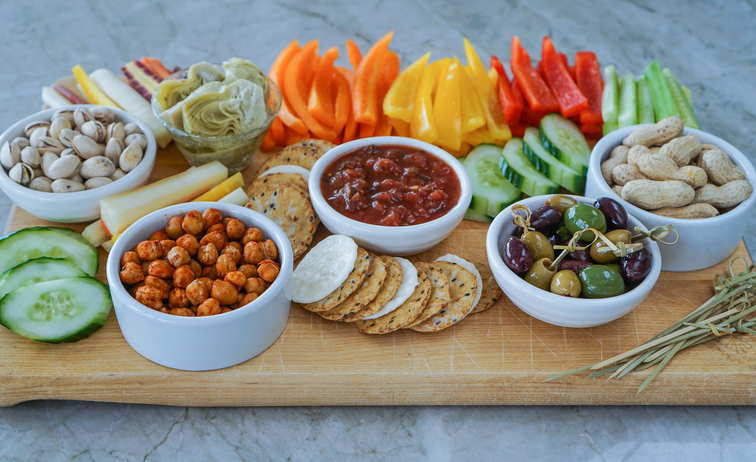 To nibble means ‘to bite off a small piece of something’ or ‘to eat or chew in very small bits.’ It also means ‘to bite lightly’, as some animals do when they’re playing or as people might do affectionately. As a noun, a nibble is a small piece of food and the act of nibbling. In fishing, the nibble is the response of a fish to bait. Figuratively, and related to this sense, a nibble is also a show of interest.

nibble away at something: to diminish gradually. Example: “The repair bills for the car and the house had nibbled away at Matt’s savings until there was hardly anything left.”

The related noun nibbler is used to refer to someone or something that nibbles and it is the name of a character who eats a lot in the animated TV show Futurama. Nibbler, or Lord Nibbler, as we later find out, is on an undercover mission as a pet! You can see a clip from the show here:

A nibble is a small bite of something, so it is hardly surprising that in computing a nibble (sometimes spelled nybble or nyble) is half a byte.

Nibbles, in the plural, means snack food served in small quantities, often with drinks before dinner, for example. You could just put out a bowl of peanuts or chips, of course, but homemade food is always more impressive when you are entertaining, so if you’d like to try something a little more sophisticated, there are some great recipes here.

A little something extra

Of course, it’s not only humans who nibble. Animals do too, especially rodents, like rats, mice, or squirrels. If you have any doubts at all about what nibbling looks like, here is a video of a squirrel nibbling a nut:

Nibble, meaning ‘to bite gently,’ dates back to the mid-15th century. The late Middle English verb nebillen, meaning ‘to pick away at something,’ ‘nibble’ or ‘try,’ came into English through the Middle Low German nibbelen, which meant ‘to pick with the beak’ (and was obviously said about birds). Its origin is unknown, but it related to the Low German nibbeln and the Middle Dutch knibbelen, both meaning ‘to gnaw,’ and the Dutch knibbelen (to squabble). The noun comes from the verb and, meaning ‘the act of nibbling,’ dates back to the mid-17th century. The meaning expanded to ‘a small bite’ in the early 19th century, and the figurative senses grew from here.

See full definition
Learn more about nibble in our forums

Nibble in other languages