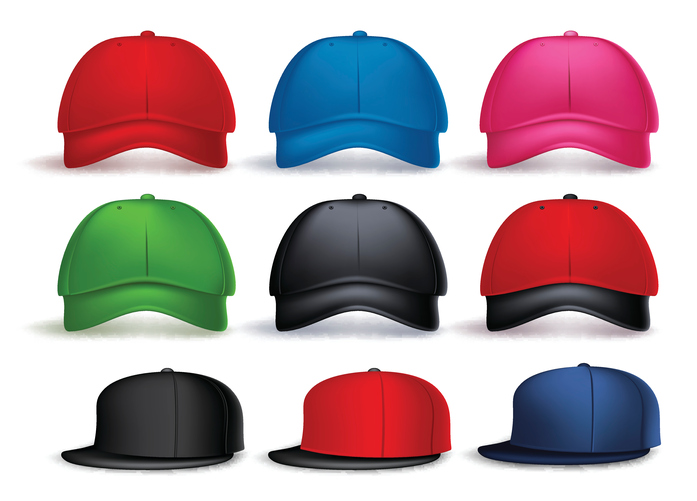 As you probably know a cap is something we use to cover our head or a hat that signals someone’s occupation or rank. The lid or top of a bottle or container is also a cap and a cap can also be a summit. The upper limit of something is called a cap. As a verb, to cap means ‘to provide with a cap’ or ‘to cover as if with a cap’ and also ‘to complete.’ To put an upper limit on something is also to cap and to cap also means ‘to outdo something’ or ‘to follow something with something better.’

set your cap for (or, more commonly in UK English: set your cap at) someone: pursue romantically. Example: “Dave likes Helen, but she’s set her cap for Rick.”

to cap it all: on top of everything else. Example: “I’ve had a really bad day; my car broke down and I missed an important meeting, so I got into trouble with my boss, then I spilled coffee on my favorite jacket, and then, to cap it all, my boyfriend broke up with me.”

In UK English if we say to someone “If the cap fits” or “If the cap fits, wear it,” we are saying if that is a suitable description, you should accept it (In US English, “if the shoe fits, wear it” is more common). Example: “Are you saying I’m a bad cook?” “Well, if the cap fits …” This expression is used by Bob Marley in his song “Who the Cap Fit.” You can listen to the song here:

Cap is also a slang term for a capsule of an illegal drug.

A hat is the general word for any sort of headgear. A cap is more specific, generally meaning a small and close-fitting piece of headwear. You may be most familiar with baseball caps, which many people wear; they are close fitting and have a peak (a bit that sticks out above your eyes). However, caps do not necessarily have peaks. The traditional Jewish kippah, for instance, is also a cap (more often referred to as a skullcap, because it fits so closely to the skull), and so is the headgear nurses normally wear and various types of military headgear, some of which have peaks and some of which don’t.

Cap dates back to before the year 1000. The Old English noun cæppe, which became cappa in Middle English before dropping the ending, meant ‘hood or head covering,’ as well as ‘cape.’ It comes from the Latin cappa, which meant ‘hooded cloak or cape’ as well as ‘cap,’ and was probably a short form of capitulare (headdress), from the Latin caput (head). The English word cape also originated from this source, though in Old English, cæppa and capa were used interchangeably to mean ‘cloak or cape.’ It became a fully separate word (with different spelling and pronunciation from cap) only in early Modern English. They are both, of course, related to the Spanish capa, the Old North French cape, the French chape, and the French chapeau, among others. By the early 13th century, cap meant only a woman’s head covering, but this meaning extended to men’s head coverings in the late 14th century. It extended further, to coverings on the end of objects, by the late 15th century. The verb comes from the noun and, meaning ‘to put a cap on,’ dates back to around the year 1400. The sense ‘cover with a cap’ appeared around the year 1600, and the figurative senses, ‘to go one better or outdo,’ and ‘to put a limit on something’ are both from the late 16th century.

See full definition
Learn more about cap in our forums

Cap in other languages