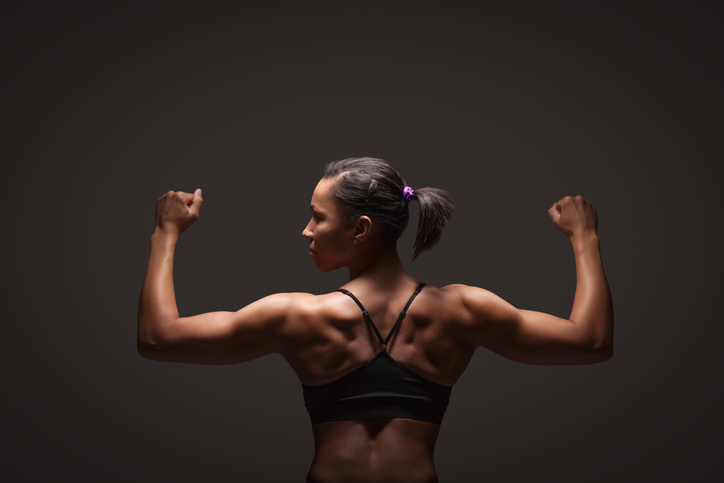 If something is mighty it means that it has or shows superior power or strength. It can also means that it’s very big in size or amount or that it’s exceptional in some kind of way. As an adverb, informally, mighty is a synonym for ‘extremely.’ As a noun, the mighty, used as a plural, refers to powerful people considered as a group.

Of course, sometimes even something quite small can be mighty, as you can see in this episode of the children’s cartoon Mighty Mouse, about a mouse with super strength:

You might be familiar with might as a modal verb, but it is also a noun meaning ‘strength.’ The adjective meanings are related to this noun sense, rather than to the modal verb.

Mighty dates back to before the year 900. The Old English adjective mæhtig, and later mihtig, originally came from the noun mæht (later miht), which could mean ‘might or bodily strength’ as well as ‘power, authority or ability.’ It can be traced back to the Proto-Germanic root makhti-, and the Proto-Indo-European root magh– (to be able, to have power). It is related to the Old Norse mattr, the Old Frisian, the Middle Dutch, the Dutch macht, the Old High German maht, the German Macht and the Gothic mahts (all nouns meaning ‘might’), and some adjectives derived from there, like the Old Frisian mechtig, the Old Saxon mahtig, the Dutch machtig or the German mächtig. Interestingly, the modal verb might does not come from the noun (or the adjective). It comes from another modal verb: may. In Old English, meahte, the past tense of magen (may) broke off and took on some of the senses. They are distantly related to mighty, though, because they come from the same PIE root.

See full definition
Learn more about mighty in our forums

Mighty in other languages