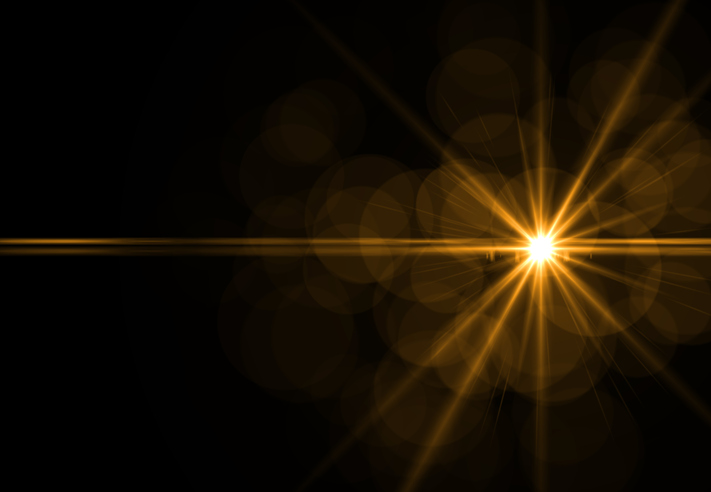 To shine means ‘to glow with light’ or ‘to be bright with reflected light.’ If you shine something at someone or something, it means that you direct the light of it towards that person or thing. Figuratively, if you do very well at something, we say you shine and we also say that if you look particularly lively and happy. To polish shoes is also to shine. As a noun, the brightness caused by light or its reflection is called a shine and so is the act of polishing shoes.

take shine to someone: take a liking to. Example: “I think the new guy we hired has taken a shine to you; he was talking about you all the way through lunch.”

You can listen to B B King and Eric Clapton singing “Come Rain or Shine” here (the lyrics are also available below the video):

A shiner, in US English slang, is a black eye, probably because the swollen, discolored skin around the eye can look a bit shiny. This meaning of the term appeared around the beginning of the 20th century, but the word itself has been around since the 14th century, when it simply meant ‘something that shines.’

Sunshine is the shining of the sun. British-American band Katrina and the Waves brought out a song called “Walking on Sunshine” in 1985. You can listen to it here:

We think Katrina and the Waves must have liked the word shine, as they also had a hit with their winning Eurovision Song Contest entry “Love Shine a Light” in 1997.

Shine dates back to before the year 900. The Old English verb scīnan (pronounced schee-nan), and later the Middle English s(c)hinen (pronounced shee-nen) meant ‘to shed light or illuminate’ and ‘to be radiant or resplendent;’ additionally, when talking about people, it could mean ‘be conspicuous.’ It can be traced back to the Proto-Germanic verb skinan, which probably came from the Proto-Indo-European root skai- (to shine or gleam). It is related to the Old Saxon and Old High German skinan, the Old Norse and Old Frisian skina, the Dutch schijnen, the German scheinen and the Gothic skeinan, all of which mean ‘to shine,’ as well as ‘to appear.’ The transitive meaning, ‘to polish (shoes),’ dates back to the early 17th century. The noun comes from the verb, and first appeared in the early 16th century, meaning ‘brightness.’ The meaning ‘polish given to shoes’ dates back to the mid-19th century.

See full definition
Learn more about shine in our forums

Shine in other languages

Shine was suggested by Ronan, from Brazil.