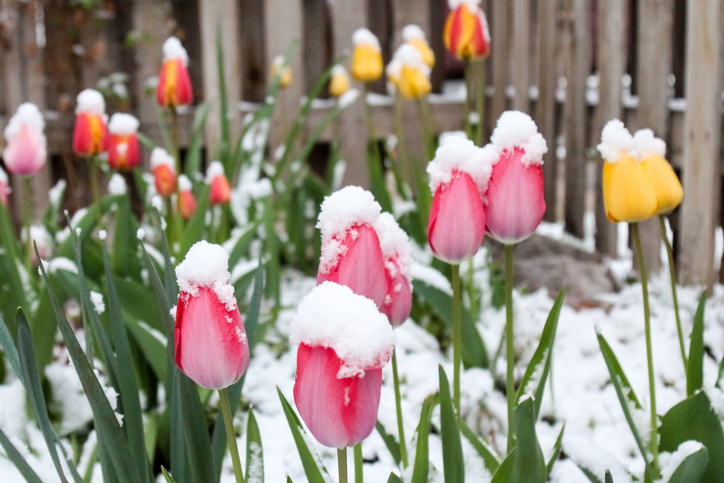 To linger means ‘to stay in a place longer than expected’ and also, sometimes followed by on, ‘to remain alive or in existence, but gradually dying or losing strength.’ If you linger over or on something, it means that you take your time over enjoying it or contemplating it. To delay something or to walk or proceed very slowly can also be to linger. Usually followed by away or out, linger means ‘to pass time in a leisurely way.’

You can listen to Velvet Underground singing their song “Pale Blue Eyes” here:

Listen for the lyric “Linger on your pale blue eyes.”

The related adjective lingering is used to refer to something that remains, persists, or is slow to go or disappear. For example: “John enjoys his job, but he still sometimes has a lingering sense of regret that he didn’t pursue his teenage ambition to become a rock star.”

Linger dates back to the late 13th century. The Middle English verb lengeren, meaning ‘to dwell or remain somewhere,’ was originally a frequentative form of the Middle English verb lengen, from the Old English verb lengan (delay, prolong or, literally, lengthen). It can be traced back to the Proto-Germanic verb langjan (to make long), from the Proto-Germanic adjective langaz (long), and is related to the Old Frisian lendza, the Old High German lengan and the Dutch lengen “(all meaning ‘to lengthen’), not to mention the English lengthen, length and long. The intransitive sense, meaning ‘to delay going,’ or ‘to depart slowly or unwillingly’ dates back to the early 16th century, and eventually expanded to include any form of passing time slowly and at leisure. The sense ‘to remain ill or near death for a long time’ also dates back to the early 16th century.

See full definition
Learn more about linger in our forums

Linger in other languages