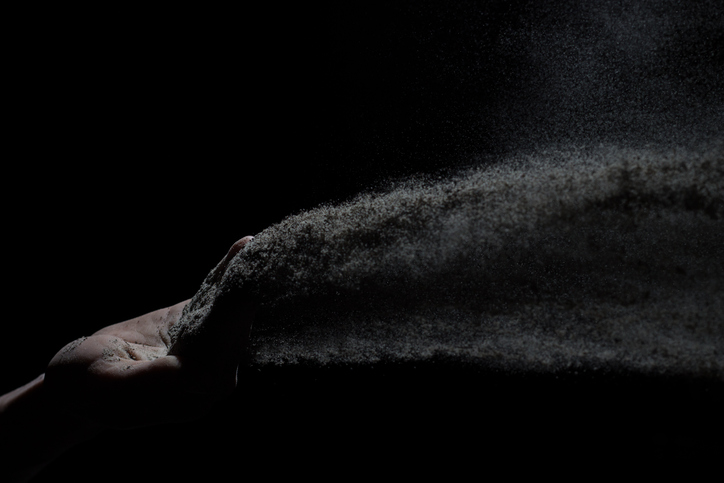 Ash is the gray or black powder that remains after a fire and the color that resembles it as well. When volcanos erupt, they throw out pulverized lava and that is also ash. Ashes, always in the plural, are the remains or ruins of something destroyed, usually used figuratively, and also, literally, the mortal remains of a cremated body. Unrelatedly, an ash is any of various trees of the olive family and also the wood taken from these trees.

haul your ashes: to haul your ashes is to leave, especially in a hurry. Example: “We’re running late; I’ll leave without you if you don’t haul your ashes out the door right now!” Haul your ashes or, in this case, also get you ashes hauled, can also be used as slang, meaning to have sex or to get sexual release. This expression is dated and you may find it in books or old blues songs.

Ashes to ashes is an expression that makes up part of the traditional Christian burial service in English. It is also the name of a song by David Bowie, which you can listen to here:

The Ashes is the name of a series of cricket matches played periodically between England and Australia.

The expression rise from the ashes means ‘to recover from ruin or disaster.’ For example, you could say “The island was hit by the worst tropical storm in living memory just a few years ago, but it has risen from the ashes and is now better than ever.” The expression refers to the legendary bird the phoenix, which dies in flames and is then reborn from the ashes, as you can see in this clip from the Harry Potter movie:

See full definition
Learn more about ash in our forums

Ash in other languages