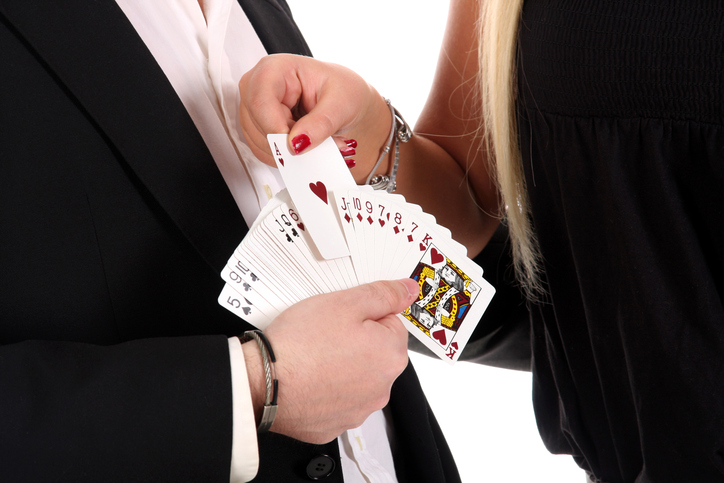 Is the person picking a card a genuine audience member or a stooge?

A stooge is an entertainer who gives lines to a comedian and is usually the target of his or her jokes or, more generally, any accomplice or assistant. In magic shows, for example, the stooge is the person who acts as if she or he is one of the spectators. Informally, stooge is used to talk about a person who is taken advantage of by someone else or is ridiculed or portrayed as a fool. As a verb, to stooge means ‘to act as a stooge.’

The Three Stooges were an American comedy team. You can see a clip of one of their routines here:

In comedy shows, a stooge is also known as a straight man or straight woman.

In the Second World War, stooge was also a slang word in the British Royal Air Force for a flight where the plane’s crew did not expect to meet with the enemy.

Stooge is a fairly recent addition to the English language. It dates back to 1913, and originally meant ‘a stage assistant’ or ‘an actor who assists a comedian.’ Its origin is uncertain, but some linguists think it may come from an alteration of student, mispronounced stoo-jent, since the stooge was often a student or apprentice of the comedian. The sense ‘lackey or person used for someone else’s purposes’ was first recorded in the 1930s.

See full definition
Learn more about stooge in our forums

Stooge in other languages