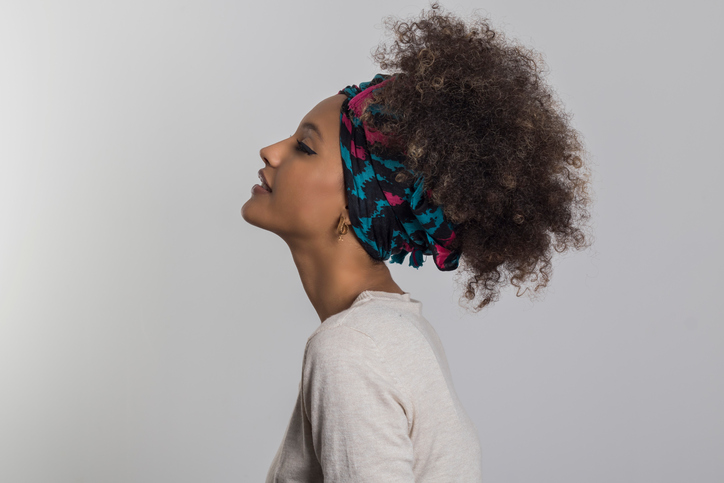 Who says you have to wear a scarf around your neck?

You might know already that a scarf is a long strip of fabric or a square one, usually made of wool, silk, or lace, that is worn around the neck, shoulders, or head to protect oneself from the cold or simply as an ornament. Although uncommon, as a verb, it means ‘to use as a scarf, or to wrap with a scarf.’ Unrelatedly, scarf is also a verb that means ‘to fit pieces of metal or timber together by notching the ends so that they slot into each other.’ As a slang term, also unrelatedly and often followed by down, to scarf means ‘to eat or drink voraciously or with great enthusiasm.’ And again unrelatedly, a scarf is a strip of skin that has been cut along the body of a whale and to scarf means ‘to cut such a strip.’

Scarves can be a great fashion accessory, but if you want to use them to the best effect, you need to know how to tie them properly. Here’s a clip showing you how:

The most common meaning of scarf today dates back to the mid-16th century, when a scarf was ‘a strip of cloth worn across the body or over the shoulders,’ or simply ‘a band of silk or strip of cloth.’ Its origin is uncertain; some linguists think it may be a figurative use of the older sense of scarf (below), but most linguists think it came from the Old North French escarpe (sash or sling), from the Old French escherpe (a pilgrim’s purse, suspended from the neck). There’s also disagreement about how it came into French. Some believe it came from the Frankish skirpja or another Germanic source, making it related to the Old Norse skreppa (a small bag or satchel). Others think it came from the Medieval Latin scirpa (bag woven from rushes), from the Latin scirpus (rush or bulrush). The meaning ‘cold weather covering for the neck’ first appeared in the mid-19th century. Scarf, meaning ‘a connecting joint’ dates back to the late 13th century. It came into English from a Scandinavian source, and can be traced back to the Proto-Germanic skarfaz and the Proto-Indo-European root sker- (to cut). It is related to the Old Norse skarfr (‘a nail for fastening a joint,’ ‘a diagonally cut end of a board’), the Swedish skarf, the Norwegian skarv and the Dutch scherf, as well as the French écart and the Spanish escarba, both of which probably also borrowed the term from the same source. This meaning of the noun produced a verb, ‘to fit pieces of wood or metal together,’ which dates back to the mid-15th century. The meaning related to whaling may have come from either of the previous meanings, and is used as both a verb and a noun. Finally, the other verb meaning of scarf, ‘to eat or drink voraciously,’ dates back to 1960s US slang. It’s thought that it may be a variation of scoff, with the same meaning, which has been around since the mid-19th century, though both forms may also be dialectal remnants from the Old English verb sceorfan (to gnaw or bite).

See full definition
Learn more about scarf in our forums

Scarf in other languages