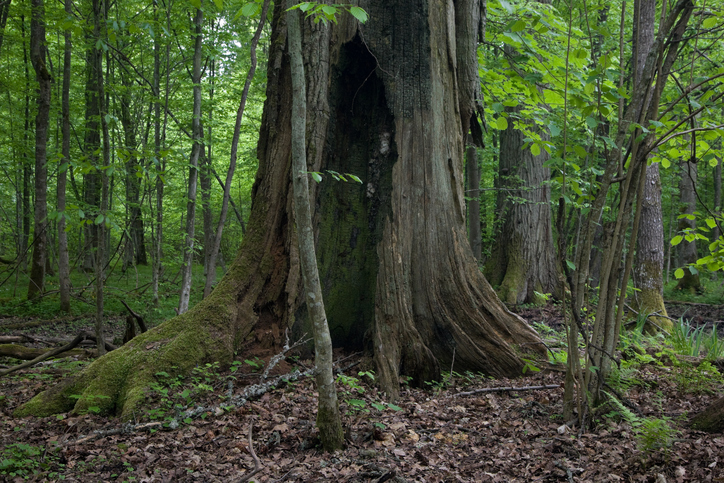 If something is hollow, it means that it’s empty or that it has a cavity inside. If a surface is hollow, it has a curve inward or downward or it is somehow sunken. Sounds can also be hollow, meaning that they are not resonant. Figuratively, hollow means ‘without importance, meaningless’ or ‘false and insincere.’ As a noun, a hollow is a shallow valley. As a verb, often followed by out, it means ‘to make something hollow.’

beat hollow: beat thoroughly. Example: “This candidate’s qualifications and experience are outstanding; she beats all the others hollow.”

You can watch the trailer for Tim Burton’s 1999 movie Sleepy Hollow here:

If someone frequently eats a lot, especially if they do so without putting on weight, they are often humorously described as having hollow legs. Example: “I can’t believe how much my teenage children eat. They must have hollow legs!”

Hollow, meaning ’empty or with an empty space,’ dates back to the late 12th century, in the form of the Middle English adjective holw(e) or holow. The word itself, though, can be said to date back to before the year 900, in the form of the Old English noun holh, which meant ‘a hollow place.’ It can be traced back to the Proto-Germanic root hul-, from the Proto-Indo-European kel– (to cover, conceal or save). The figurative sense, ‘insincere,’ appeared in the early 16th century, while the adverbial use in expressions like “beat hollow” or “carry hollow” dates back to the mid-17th century. The verb comes from the adjective and, meaning ‘to make hollow,’ dates back to the late 14th century. There was, however, an Old English verb that meant ‘to hollow out,’ holian, but it did not make it into Middle English.

See full definition
Learn more about hollow in our forums

Hollow in other languages