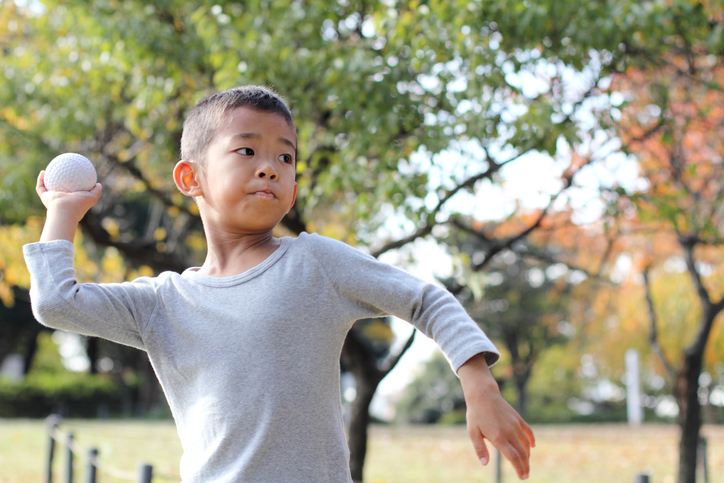 To hurl is a verb that means ‘to throw with great force’ and also ‘to throw something down.’ If what you hurl are words and not objects, then hurl means ‘to say with vehemence and often shouting.’ In sports, such as baseball, it means ‘to pitch.’ As a noun, a hurl is a violent throw.

The sport of hurling is very popular in Ireland, but not very well known in the US. Here you can see a video clip of some Americans watching hurling for the first time and finding it pretty confusing:

As a verb, hurl is also a slang term for vomit. Example: “That seafood I had for lunch must have been bad. I think I’m going to hurl.”

The verbs hurl and hurtle have been confused by people since Middle English, and no wonder, since they both have the similar meanings and the same root. You may want to remember, though, that hurl is something you do to an object, to make it move with force, while hurtle (towards something) is what that object would do after you’ve thrown it.

Hurl dates back to the early 13th century, in the form of the Middle English verb hurlen, which originally meant ‘to rush against each other’ or ‘come into collision.’ The meaning expanded to include ‘throw with force’ by around the year 1300, and ‘to rush violently’ in the late 14th century. It is thought to come from a Germanic source, though linguists can’t place it precisely. The common base found in most examples, hurr, probably originated in an imitation of rapid motion. It is related to the Low German hurreln (to toss), the Frisian hurreln (‘to roar,’ usually said of the wind), the Low German hurreln (to throw’ or ‘to dash’), the dialectal German hurlen (‘to roll or rumble,’ said of thunder) and the East Frisian hurreln (to roar’ or ‘to bluster’), as well as the English word hurry. The noun comes from the verb, and dates back to the late 14th century. It originally meant ‘rushing water,’ but the senses ‘strife’ and ‘quarrel’ appeared in the 15th century, and ‘the act of throwing violently’ appeared in the early 16th century.

See full definition
Learn more about hurl in our forums

Hurl in other languages